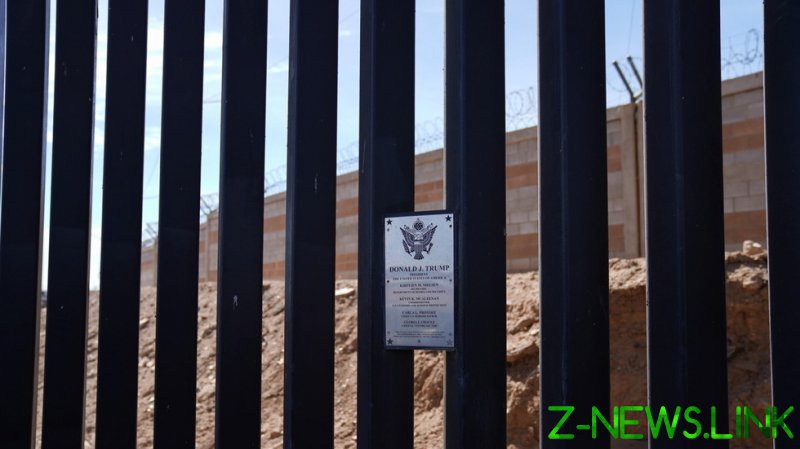 “I have accepted the invitation of Texas Governor Greg Abbott to join him on an official visit to our Nation’s decimated Southern Border on Wednesday, June 30, 2021,” Trump said on Tuesday evening.

The Biden administration “inherited from me the strongest, safest and most secure border in US history” and in mere weeks turned it into “an unmitigated disaster zone,” the former president added.

President Joe Biden and Harris “have handed control of our border over to cartels, criminals, and coyotes. Drug dealers, MS-13 gang members, human smugglers, sex traffickers, and the criminal elements of the world now have free reign,” he continued. “Our Nation is now one giant sanctuary city where even dangerous criminals are being cut loose and set free inside the U.S interior on a daily basis.”

Joe Biden and Harris “won’t even tour the scenes of the wreckage they created, or come down and visit with the Border Patrol and ICE heroes” while they make their job “totally impossible,” the former president thundered, accusing the current occupants of the White House of “grave and willful dereliction of duty.”

The current administration has admitted that there is a flood of immigrants attempting to cross the border illegally, but called it “seasonal” and denied their policies – repudiating Trump’s entire immigration platform – had anything to do with it. In March, Biden put Harris in charge of the border situation, and she has since been to Guatemala and Mexico – but not to the border itself.

“Trump is showing more interest and urgency in securing our border than our current” president and VP, tweeted Mark Meadows, his former chief of staff. Biden is in Geneva preparing for Wednesday’s summit with Russian President Vladimir Putin. Harris, meanwhile, hosted several amnesty advocates at the White House, including two who arrived in the US illegally as children, and were protected from deportation by the Obama-era Deferred Action for Childhood Arrivals (DACA) program.

“This issue is personal to me because I had the great privilege of helping the Obama-Biden administration create and implement DACA” and because he was a baby when his family came to the US from Cuba and was given a path to citizenship, Mayorkas wrote.

Mayorkas was actually visiting Mexico City on Tuesday, where he discussed migration – among other topics – with his Mexican counterpart Marcelo Ebrard. After the meeting, Mayorkas told reporters he had informed the Mexican officials that the DHS has enacted language changes and now calls migrants “non-citizen” rather than “illegal alien.”

Abbott, the Republican governor of Texas, has enacted a series of executive orders intended to enforce US immigration laws at state level, accusing the federal government of failing at its duty to do so. Last week, he also announced that Texas would finish building the border wall that Trump started, but Biden canceled as soon as he took office.