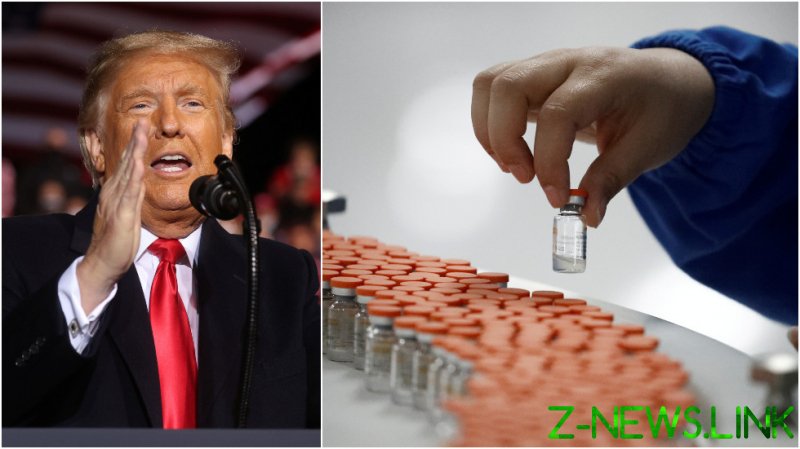 Asked who would be first to receive a vaccine in an interview on Fox Business on Thursday, Trump said “essential workers” and “older people” would take priority, but made a brief detour to assure that he would not make vaccination compulsory.

“I don’t believe I’d ever do a mandated vaccine,” the president told Fox’s Stuart Varney. “I just don’t think I would do that, where you have to have it, because there are some people who feel very strong about that whole situation.”

Recent polling shows that around 50 percent of Americans surveyed would decline to take one of the coronavirus vaccines under development, many citing concerns that the approval process is being rushed. Though Trump has repeatedly stated a jab would be available by election day, a recent shift in federal guidelines – as well as delays in at least two ongoing trials over safety concerns – could push FDA approval into December, with a mass roll-out coming in the following weeks and months.