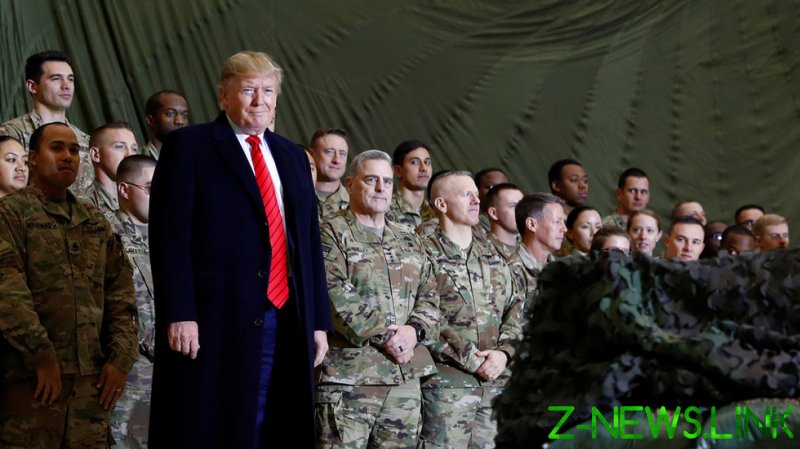 “A young military man working in Afghanistan told me that elections in Afghanistan are far more secure and much better run than the USA’s 2020 Election,” Trump tweeted on Saturday. “Ours, with its millions and millions of corrupt Mail-In Ballots, was the election of a third world country,” he added, referring to Joe Biden as a “Fake President!”

Trump has spent much of the last two months claiming that Biden won this year’s election by fraud, citing mail-in ballot extensions, vote-counting behind closed doors, and computer “glitches” as evidence of the “rigged election.” His legal challenges, however, have failed in state and federal courts, and Biden will likely be inaugurated as president on January 20.

While Trump’s conversation with “a young military man” may resemble any number of anti-Trump news stories based on “anonymous sources,” elections are indeed run a little differently in Afghanistan.

Since the Taliban were ousted from power in 2001, every Afghan election has been marred by reports of fraud. However, the Afghan government requires voters to present identification, and poll workers check their fingerprints off a national database. Such proof of identity is not required throughout the US, where only six states have a strict photo ID policy. In 23 states and territories, no documents are required to vote.

Those looking to swing elections there have resorted to other means, however. In areas where machines are unavailable to check fingerprints, election workers fingerprint voters using the traditional ink and paper method. During the country’s 2009 and 2014 elections, Taliban militants threatened to cut off any ink-stained fingers they saw, in a bid to suppress voter turnout.

Trump’s tweet came amid a flurry of early-morning complaints on Saturday. The president called the US Supreme Court “totally incompetent and weak” for refusing to hear a massive fraud lawsuit brought by the State of Texas earlier this month, and said that the Justice Department and the FBI “should be ashamed” of themselves for not following up his allegations of foul play by the Democrats.

Trump is expected to address a rally of supporters in Washington, DC, on January 6, the day that Congress formally certifies the results of the election. “Be there,” he tweeted last week. “Will be wild!”