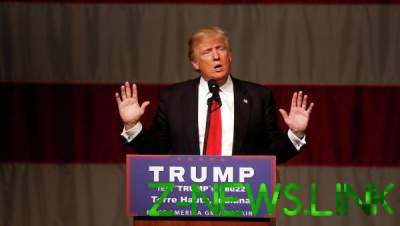 The President of the United States Donald trump tweeted that illegal immigrants should be deported automatically without a trial.

“We can’t afford to let these people have hijacked our Country. When someone comes, we must immediately, without Judges and Judicial Affairs, send them back where they came from. Our system is a mockery of a good immigration policy and Law and Order,” he tweeted.

He added that this system is unfair to those who are trying to come into the country legally and waiting in queues. “Immigration should be merit-based. We need people that will help once Again Make America great!”

Soon trump has signed a decree on the cessation of division of illegal migrant children with their parents at the border. According to the document, illegally crossed the border with the United States parents and their children after detention will be placed together.

The UN high Commissioner for human rights Zeid RA’ad al-Hussein has called a “blatant” attempts to curb immigration at the expense of the oppression of children.

US first lady Melania trump issued a statement, noting it needed to be a country, “which follows the letter of the law, but at the same time governed by the principles of mercy.”

Former first lady Laura Bush wrote in the Washington Post that the policy of separation of “cruel and immoral”.