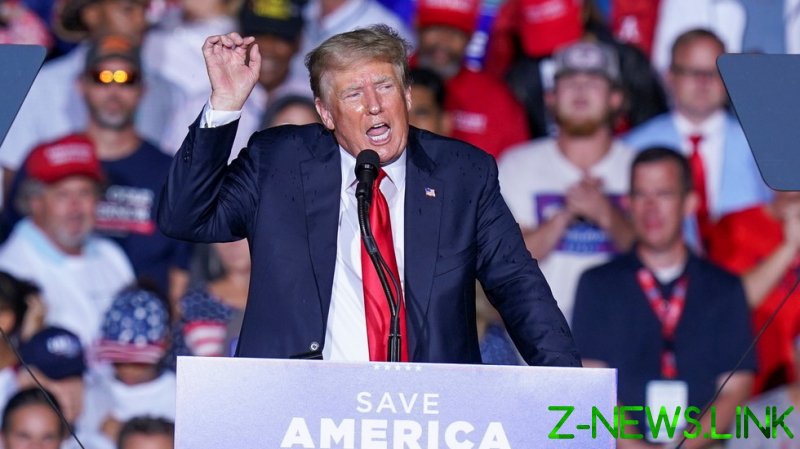 Trump opened his Saturday video message by calling 9/11 a day of “great sorrow for our country” and one for honoring the “the bravery of our police, fire and first responders of every kind.”

“The job they did was truly unbelievable. We love them and we thank them,” the former president said.

The Republican then launched into an attack on Biden over the handling of the withdrawal from Afghanistan.

“It is also a sad time for the way our war on those that did such harm to our country ended last week. The loss of 13 great warriors and the many more who were wounded, should never have happened,” he said, referencing the 13 US service members who lost their lives on August 26 in an Islamic State Khorasan

(ISIS-K) bombing at the Kabul airport while chaotic evacuation flights were underway.

Biden has referred to the withdrawal as a “success,” though critics have labeled it a disaster, pointing to the deaths of service members and civilians, as well as the quick Taliban takeover of the country shortly after the US began its efforts to withdraw from the 20-year military conflict.

Biden “was made to look like a fool” in his handling of the exit, Trump said, who made waves when he was president for negotiating a deal with the Taliban to be out of Afghanistan by May of this year, a deal that was changed once he left office and Biden was in the White House.

“We had $85 billion of the finest and most sophisticated military equipment, taken from us without even a shot being fired. The leader of our country was made to look like a fool,” Trump said, adding that though the Biden administration ultimately left Afghanistan, they “surrendered in defeat.”

Trump ended his video by seeming to once again tease a possible run for president in 2024, something he hasn’t denied he will do, but also hasn’t confirmed.

“We will struggle to recover from the embarrassment this incompetence has caused. Do not fear, however, America will be made great again,” he said.

Trump’s criticism of Biden’s foreign policy comes as his administration faces a new wave of criticism over a report that a recent drone strike ended with the death of not a dangerous terrorist as was claimed, but rather an aid worker and multiple children.

Trump previously said he will also be visiting Ground Zero in New York on Saturday to mark the anniversary of the attacks. He is also scheduled to provide live commentary for a heavyweight boxing match between Evander Holyfield and Vitor Belfort from the Seminole Hard Rock Hotel and Casino in Hollywood, Florida, alongside his son, Donald Trump Jr.