Home / WORLD / Trump reveals he will announce ‘a woman’ as Supreme Court nominee NEXT WEEK, as his supporters chant ‘FILL THAT SEAT’

Trump reveals he will announce ‘a woman’ as Supreme Court nominee NEXT WEEK, as his supporters chant ‘FILL THAT SEAT’ 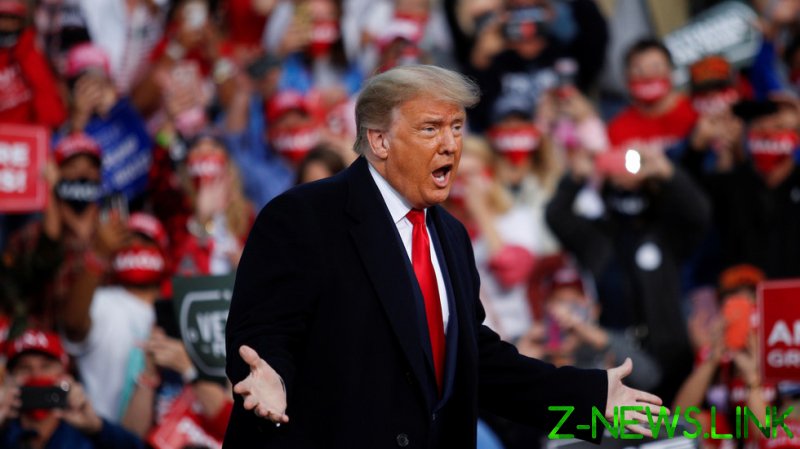 Prior to departing for the rally from Washington DC, Trump was asked by journalists about whether he would wait until the general election in November to nominate a new Supreme Court justice – which is a life-long position in the US.

Trump was then asked whether he would like the nominee to be a woman.

US media, citing sources close to the president, have reported that Trump’s main candidate for the job would be federal appeals judge Amy Coney Barrett. She was listed among Trump’s potential picks for SCOTUS announced several days ago.

The Supreme Court seat became vacant after the passing of Ruth Bader Ginsburg on Friday. Her death raised the stakes in an already hotly-contested upcoming presidential election, as Democrats hope to preserve her liberal-leaning seat if Joe Biden wins, and Republicans possibly look to nominate a conservative justice in the second term of President Trump.

The second-ever woman to be nominated to the US Supreme Court, Ruth Bader Ginsburg championed liberal causes and feminist issues throughout her legal career. She was 87.

“My most fervent wish is that I will not be replaced until a new president is installed,” Ginsburg told her granddaughter Clara Spera, NPR reported on Friday.