Trump responded to the launch of ballistic missiles by Pyongyang 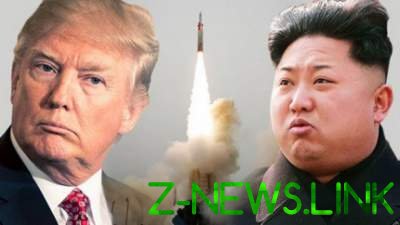 Trump promised to “take care of it.”

The US President Donald trump has promised to take action in connection with the new launch of North Korea’s ballistic missiles. However, the American leader did not specify what exactly would these measures.

“Some time ago, North Korea launched missiles. I’ll only say that we will take care of it,” said trump, adding that “this is a situation with which the United States can handle”.

See also:  Russia has responded to the call for Johnson to join the Western coalition

Note that the question of whether to change the U.S. approach to the DPRK after the new launch, trump said, “Nothing will change. We have a very serious approach. We are serious about this.”

In turn, the head of the Pentagon James Mattis has called the missile tests of the DPRK “threat to the world, peace in the region and, of course, the United States.”

See also:  In Germany recognized the existence of a third sex

“North Korea launched an Intercontinental ballistic missile, which flew higher than the previous one”, – said the head of the defence Department of the USA.