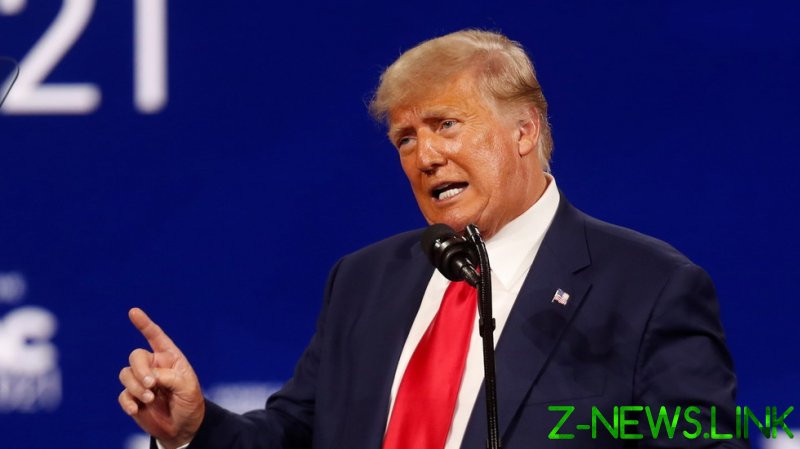 Trump’s ire arose mainly from his continued belief that the 2020 presidential election was rigged against him, according to reports from the New York Times and Washington Post.

The former president allegedly ripped McConnell and even his vice president, Mike Pence, for not doing more to support his fraud claims.

“I wish that Mike Pence had the courage to send it back to the legislatures,” Trump was quoted as saying of Pence certifying Joe Biden’s victory. “I like him so much. I was so disappointed.”

Trump also appeared to hold ill will toward McConnell over the certification of election results.

“If that were Schumer, instead of this dumb son of a b**ch, Mitch McConnell, they would never allow it to happen. They would have fought it,” he told a cheering crowd, later referring to the Kentucky senator as a “stone-cold loser.”

Trump also targeted Barack Obama, Oprah Winfrey, and White House health advisor Anthony Fauci in his remarks. After slamming Winfrey and Obama’s efforts in supporting Biden during the presidential election, Trump turned his attention to Fauci – someone he had publicly feuded with in the past.

“Have you ever seen anybody that is so full of crap?” he said of the infectious diseases expert.

Trump even claimed it was suggested to him while he was in office that he name Covid-19 vaccines “Trumpcines” because of his Operation Warp Speed program, which accelerated the development and release of the vaccines currently available to Americans.

Reports of the former president’s rant inspired plenty of fresh criticism from his usual detractors on social media, but others were entertained that his brash style of communicating was continuing even behind closed doors.

“The fact that this wasn’t broadcasted [sic] is a crime against humanity,” one Twitter user said of Trump’s comments.

Trump’s claim about a Covid-19 vaccine being named after him also stirred his critics, with liberal commenters taking to Twitter to fume.

“How about we just call the stuff that we eliminate from our bodies ‘Trump’ – as in, ‘If the Holy Father will kindly excuse me, I have to go take a Trump.’ Who’s with me?” Keith Olbermann tweeted, in reaction to the “Trumpcine” suggestion.