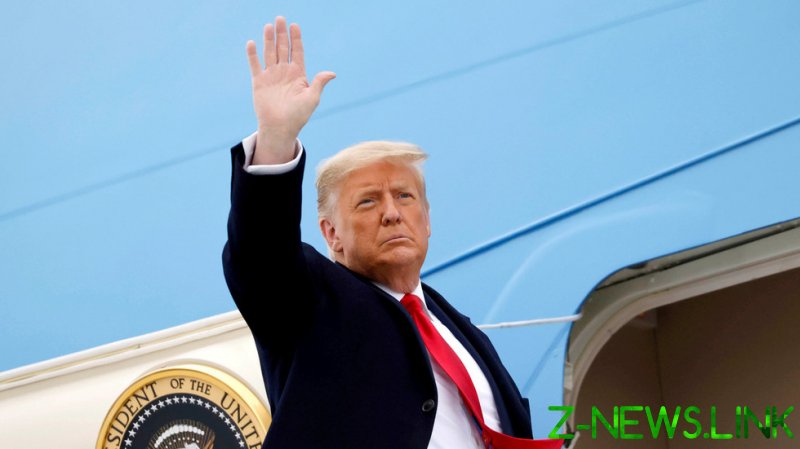 The order promoting “Small Modular Reactors for National Defense and Space Exploration” was published on Tuesday. Though it promptly got lost in the media cacophony over the inauguration, impeachment and last week’s unrest at the US Capitol, its contents could have a long-lasting effect on US nuclear policy.

Declaring nuclear energy “critical to the national security, energy security, and economic prosperity of the United States,” Trump tasked several government agencies with working together to develop small nuclear reactors for use by the military, in space exploration, and domestic energy production.

Under the order, it shall be US government policy to bolster “national defense and space exploration capabilities” using nuclear technology, and enable private-sector innovation in the field, in order to “maintain technology supremacy for nuclear research and development, manufacturing proficiency, and security and safety.”

Noting that most of the reactor concepts rely on “high-assay, low-enriched uranium (HALEU), for which no domestic commercial enrichment capability currently exists,” Trump ordered the Department of Energy to finalize its “ongoing 3-year, $115 million demonstration” of a US-origin enrichment technology for producing HALEU, and develop a plan for giving it to the private sector.

The Pentagon was given six months to “establish and implement a plan” to demonstrate a micro-reactor at a “domestic military installation.” In coordination with the State Department, Commerce, Energy and NASA, the Defense Department was also told to pilot a “transportable micro-reactor prototype” and develop blueprints for nuclear power usage going forward – including for space propulsion.

The same five agencies were ordered to “develop a common technology roadmap through 2030” and coordinate the development of “terrestrial-based advanced nuclear reactor and space-based nuclear power and propulsion efforts.” On top of that, NASA was tasked with defining requirements for nuclear use through 2040 and producing a cost-benefit analysis.

While all this may seem like pointless paper-pushing that could be canceled by the Biden-Harris  administration within a week or two, Washington runs on bureaucracy and once started, projects like these are very difficult to stop. Having the Pentagon be intimately involved further insulates them from scrutiny by critics, as accusations of short-changing the military are still universal kryptonite in DC, despite the annual “defense” budget approaching $1 trillion.

Trump’s order envisions the US developing “small modular reactors” that could produce up to 300 megawatts of electricity, and “micro-reactors” of up to 10 MW. For comparison, the Russian ‘floating power plant’ Akademik Lomonosov can provide up to 70 MW of electricity or 300 MW of heat with its two naval propulsion reactors.

Though it was the US Navy that led the way in developing nuclear reactors small enough to fit on board submarines in the 1950s, the Pentagon currently relies on the civilian power grid for its energy needs.