Home / WORLD / Trump once had a strategy for China. Now it’s turned into a scorched earth policy

Trump once had a strategy for China. Now it’s turned into a scorched earth policy 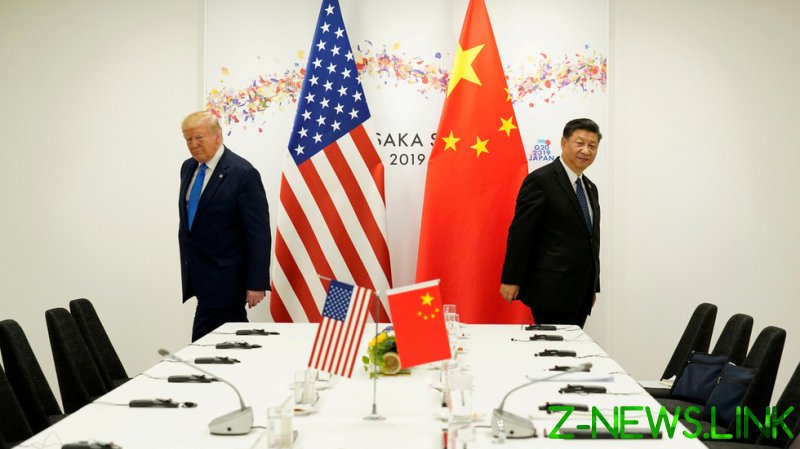 The Trump administration is on its last legs. It’s been deplatformed almost universally across social media, it’s been impeached again, and it’s got a week to go – yet that still has not stopped an endless spree of utterly reckless and bizarre measures against China that serves no purpose other than to deliberately burn bridges. On Thursday night, the White House announced it had added yet another nine companies to its investment blacklist, accusing them of “having ties to China’s military.” Top among them was the Chinese smartphone maker Xiaomi, which recently replaced Apple as the world’s third highest-selling provider. The move will ban American investors from buying its shares and securities, in which the electronics firm Qualcomm is a stakeholder.

Let’s be frank: Xiaomi doesn’t have any ties to China’s military, either directly or indirectly. It’s a private electronics company, and it doesn’t deal in any technology that might be termed “strategic” or that can have a military application. But facts and reality have never really mattered for the Trump administration, which has always used the excuse of a “national security threat” in order to suppress Chinese companies it doesn’t like, or to accuse them of being owned by the military. However, with Xiaomi the move is utterly bizarre, as there is no actual strategic logic or gain to suppress it. It strongly represents a move formulated out of spite or envy towards the company, one which doesn’t seem to care about the damage it will bring to US investors.

This is, at best, a “scorched earth policy.” Its goal is to cause harm and disruption, rather than have actual value as a policy. It’s as much a roadblock to the incoming Biden administration as it is poking Beijing in the eye. In its final days, the Trump administration does not have anything to achieve, but it has plenty to burn in its path to the exit. The fact that this list was originally even bigger – attempting to blacklist Alibaba, Tencent, and Baidu before the treasury department intervened – speaks volumes. One cannot even rule out more things happening in the week to come. Commentators should stop the “Trump is awful on everything except China” narrative – because there’s little question that this is a reckless, mindless, and vindictive policy.

The Trump administration’s logic on China for the past year has been meted on a “nothing left to lose” basis – that is, to force through its agenda as hard and fierce as possible in recognition of the little time it has left. It is endemic of Trump’s own explosive personality, but it didn’t used to be that way. Despite all the hawks around him, the president once had strategic restraint, until Covid-19 destroyed his electoral prospects. In January 2020, Trump repeatedly praised Xi Jinping for his response to the coronavirus, and even pledged that year to visit China to begin negotiations for a ‘Phase 2’ trade deal. By April, he was hammering out the rhetoric of a “China virus” and gave full lenience to the worst voices in his administration to have a free reign on slapping as many measures on Beijing as possible, descending from signing a ‘Phase 1’ agreement towards a new Cold War.

By July, the gloves came off and the administration began to slap new measures on China on a weekly basis and has done so ever since, blacklisting more and more and more Chinese companies right up to this week. Yet as time went by, these measures became less and less focused, and less and less based on any kind of strategic logic that might be depicted in terms of America’s national interests, and increasingly just lashing out at China using anything. Two weeks ago, the administration announced a banning of the payment app Alipay. Now it is blacklisting Xiaomi, a smartphone brand, claiming that it is controlled by China’s military, contrary to all evidence. Of course, the administration attacked fellow provider Huawei far more aggressively, but they were targeted for their role in telecommunications networks, not their smartphone brands – so to target Xiaomi is an alarmingly dishonest and utterly ridiculous move.

This is just one of many things, even beyond China, the administration is doing to make life for Biden difficult – such as, for example, branding the Houthis a terrorist group and slapping Cuba on the state sponsors of terrorism list. It smacks of bitterness, and it’s no surprise for a presidency that refused to even accept its own electoral defeat. It has created chaos both figuratively and of course literally. Xiaomi is internationally popular, so there will be pressure from various angles for Biden to reverse this in early engagements with Beijing and private sector lobbyists. Yet this should not hide the reality that this move is the product of not only a failed administration, but a failed China policy. It’s impulsive, it’s childish, and it’s just plain stupid. Roll on next week.