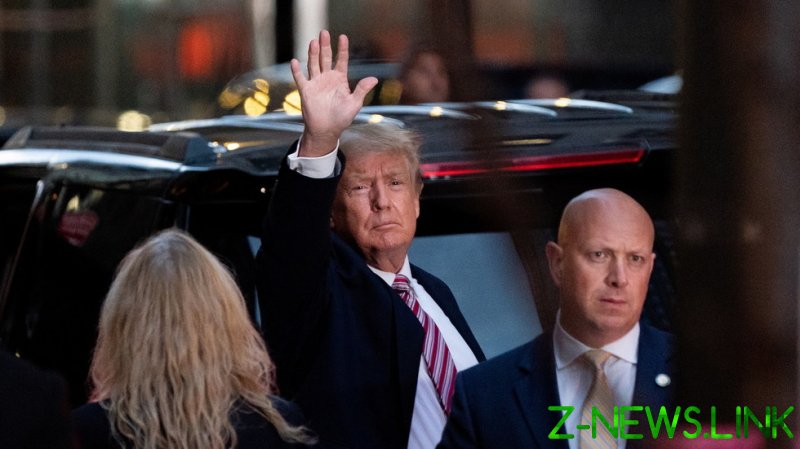 Waiting to announce his decision on running for president until after the 2022 midterm elections is “probably appropriate,” Trump told Fox News this week.

“I think a lot of people will be very happy, frankly, with the decision, and probably will announce that after the midterms,” the former president said, echoing other recent comments neither confirming nor denying an eventual run.

Trump hinted, however, that he is not committed to that timeline, saying that he believes many Republicans hoping for a shot at the White House are eagerly awaiting his decision.

“We have a lot, they’re all very well named, but almost all of them said if I run, they’ll never run,” he said, something he believes demonstrates “loyalty” and “respect” for him in the party.

In a statement released over the weekend, Trump had much harsher words for currently serving Republicans, specifically “the RINOs [Republicans in Name Only] in the House and Senate” who gave President Joe Biden a “victory” with the recent passage of a massive infrastructure spending bill.

“All Republicans who voted for Democrat longevity should be ashamed of themselves,” Trump wrote, specifically calling out Senator Mitch McConnell (R-Kentucky) for helping to give the administration more time to solve the looming debt ceiling.

The $1 trillion-plus spending package, which covers everything from infrastructure to expanded social programs, was recently pushed through Congress with a surprising amount of Republican support, with 13 Republicans in the House voting for it, and 19 Republicans in the Senate, including McConnell, previously doing the same in August.

Trump did tell Fox there are still “a lot of great people” in the Republican Party, including many that he would consider making his running mate, though he did not name anyone in particular. Asked about Gov. Ron DeSantis (R-Florida), Trump said he was a “good man.” He said former Ambassador to the United Nations Nikki Haley did “a very good job” but sometimes goes “off the rails.”

“There are so many people that are really good that would be great for that,” he said about a potential vice president.