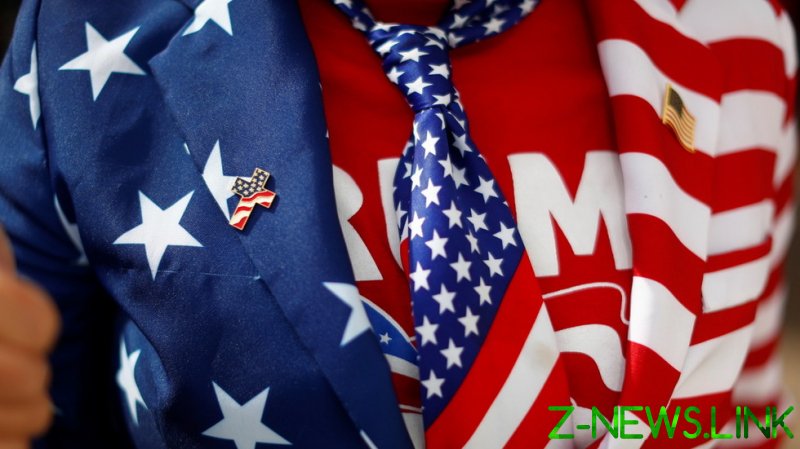 But the United States does not select its top elected official on the basis of a national popular vote. The Electoral College, devised by slave-owning constitutional framers for whom democracy was the ultimate nightmare, restricts the presidential election to the contest for all-or-nothing Elector slates in a relatively small number of states. And in these states, the race between Biden and Trump is much closer than it is on the national scale.

The Electoral College leans well to the right, over-representing the country’s most reactionary, white and rural regions so that Biden could get many millions more votes than Trump and still lose.

But that’s not all. People telling pollsters how they are going to vote is one thing. Getting votes adequately taken and fairly counted is another thing altogether.

Many of the contested states practice partisan and racist voter suppression (both legal and extra-legal) in ways that may hurt Biden’s chances. At the same time, Trump and his personal attorney general William Barr have made it crystal clear that they will attack the legitimacy of the record-setting number of mail-in ballots that are required by the very pandemic that Trump has multiplied across the nation.

Those mail-in ballots are going to lean heavily Democratic, since Democrats take the coronavirus more seriously than do Republicans. With many right-wing state and federal courts on their side all the way up to the now 6-3 right-wing US Supreme Court, Trump’s army of (anti-)election lawyers will move to stop the counting of mail-in ballots, thereby throwing Trump the election in the states that matter and thus in the nation.

Three members of the right-wing Trump court – Brett Kavanaugh, John Roberts, and now Amy Coney Barrett – were Bush lawyers in the high court’s infamous Bush v. Gore decision. That ruling canceled a re-count of ballots in a single state, Florida, throwing the 2000 election to the right-wing monster George W. Bush. Trump’s first legal assault on the election, telegraphed in advance, will be about suspending the initial count in multiple states.

Even if ballots somehow get fully counted, Trump will challenge Electoral College slates in contested states that go for Biden. There’s nothing in the US Constitution that requires states to send Washington (Congress) slates that reflect their popular votes. Republicans control both houses of the state legislatures in numerous contested states and can be counted on to advance Republican slates even in states where Biden wins the most votes. This, too, could work its way up to the Supreme Court, where Trump would prevail.

The vote in Trump v. Biden before Ruth Bader Ginsburg died was likely 5-4 Biden. With the hard-right Christian cultist Amy Coney Barrett now in place, the odds lean 5-4 Trump. The chess pieces are in place for an electoral-judicial checkmate.

That’s a big part of why Trump looks so confident on the campaign trail with an approval rating in the low 40s – and of why his campaign is focused just on turning out his big but minority base.

Many Americans will protest the theft of the 2020 election. That’s why Trump has been sending signals to violent mobs to get ready to suppress anti-coup protests. It’s why Barr is preparing to declare martial law and squelch “sedition” (that is, protest) with paramilitary forces from the Department of Homeland Security – especially Immigration and Customs Enforcement, and Border Patrol – who are accountable only to Trump. Along the way, Trump has the support of white police officers across the country, including in the nation’s largest Democratic-run cities.

Trump has been openly proclaiming his aim to cripple and steal the 2020 election. It’s not a secret. He has signaled again and again that he does not intend to leave office peacefully if he is defeated. Along with calls for the arrest and incarceration of his political enemies, and absurd claims that America is “rounding the corner” on the coronavirus, Trump continues to tell his rally crowds that any election in which he is not the ‘winner’ is null and void. His appointment of Coney Barrett to the United States Supreme Court was rushed and rubber-stamped to secure his ‘re-election’ if his attorneys and other agents can sufficiently sabotage the vote on election day and beyond. Trump used his initial ‘debate’ with Biden to tell his white supremacist militia fans to “stand by” to attack his opponents if he loses.

Do the Democrats have what it takes to defeat the coup unfolding before the nation’s and world’s eyes by putting masses in the streets? Not likely. “Don’t let them take your power away,” the party’s most popular figure, Barack Obama, says in a flyer dropped on doorsteps in Iowa. “Make a plan right now for how you are going to get involved and vote.” He makes no call for people to plan to defend the vote in the streets and public squares.

The absurdly bipartisan and famously conflict-avoidant Obama recently stated his hope that a decisive Biden win will mean that Democrats won’t have to argue with their right-wing relatives during Thanksgiving dinner. The last thing that a deeply conservative corporate party such as the Democrats wants to do is put the masses in action. A second term for the authoritarian Trump is preferable to millions of people massing in the streets and staying there, as far as the Democrats are concerned.

Americans who want to save what’s left of electoral ‘democracy’ in the US’ cannot rely on the electoral process, the courts, the Democrats, or the military to do the job. They will have to take the battle to the streets, the city and town plazas, and their workplaces, and embrace a politics of daily struggle beyond just voting for candidates selected in advance for them by the ruling class once every 1,460 days. The ruling classes of this country will need to understand that America will be ungovernable if they insist on jamming a second Trump term down our throats. Then Americans must attack en masse the conditions that gave rise to Trump – the whole damn system, including the populace-pacifying fake-progressive ‘liberal’ operatives and apologists such as Obama and his friends at CNN and MSDNC.