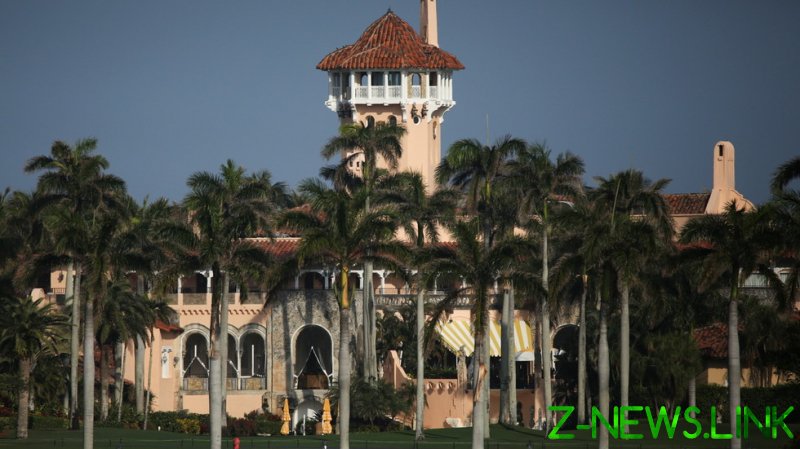 Non-employees of Mar-a-Lago are not allowed to stay at the resort for more than seven consecutive days or three weeks, according to an agreement Trump signed upon converting what was then a private residence into a members-only club in 1993. However, Palm Beach’s own lawyer, John Randolph, put forth a memorandum on Tuesday arguing there is no legal code preventing Trump from living at the resort he owns after conducting a legal review earlier this month.

Palm Beach Mayor Gail Coniglio and the Palm Beach Town Council brought up the 1993 agreement ahead of the Tuesday meeting, during which the fate of the ex-president’s private golf club and “winter White House” may be decided.

However, Randolph took issue with the classification of the owner as a guest, arguing Trump is instead a “bona fide employee of [Mar-a-Lago],” in a memorandum included in the minutes for the town meeting. “Employee means any person generally working on site for the establishment and includes sole proprietors, partners, limited partners, corporate officers, and the like,” he continued.

In another letter, Randolph explained that while the three-week limit applied to anyone staying at the club’s “guest suites,” it did not apply to Trump, who used the “Owner’s Suite” and had lived on the property since acquiring it in 1985 as a private residence.

Trump reportedly flouted the residency “rule” repeatedly during his tenure as president, and intends to live at the resort permanently going forward. Melania Trump, the former first lady, was reportedly redecorating as early as December, while renovations have been underway to accommodate the Trumps’ Secret Service detail, sources told CNN.

The former president’s plans to relocate to Mar-a-Lago perturbed neighbors who insisted he had no right to stay there full time despite having owned the property for 35 years. Last year, Trump moved his primary residence from New York’s Trump Tower to Mar-a-Lago, supposedly for tax reasons, though media was already speculating that he would move there permanently should he fail to secure reelection.

West Palm Beach attorney Reginald Stambaugh, representing a client who has complained about Mar-a-Lago’s “microwave fence” used for security, wrote in a December letter that not only might Trump’s residential use of Mar-a-Lago hurt property values in the area, but that the matter should be taken care of as soon as possible “to avoid an embarrassing situation for everyone.”

However, Brian Seymour, another Palm Beach attorney who specializes in land use, suggested the town would have a hard time removing Trump against his will. “It could get very complicated if the town really was enforcing this,” he pointed out.

Neighbors have long complained about Trump’s loud presence in the area, from “amped up security, bottleneck traffic and noise violations,” according to CNN. The outlet spoke to an anonymous neighbor who called living near Trump “a nightmare” and predicted the town’s “old money” residents would win out. However, even CNN had to admit the ex-president has influential friends in Palm Beach, acknowledging as well that the “post-presidential staff and security footprint” would be smaller with Trump no longer serving as Commander-in-Chief. The helipad constructed for quick transit to and from Palm Beach International Airport is being demolished – a move which will presumably remedy some of the noise issues.

While Trump is no doubt concerned about the outcome of Tuesday’s town meeting, he has bigger headaches in store this week in Washington, where he is facing his second impeachment trial after the Democrat-controlled House impeached him for allegedly inciting an insurrection on January 6.