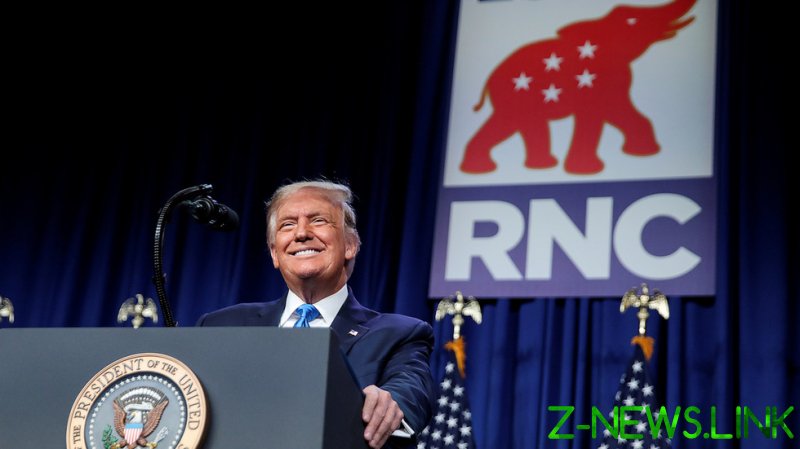 Trump was officially nominated in a roll call vote of 336 delegates at the stripped-down convention in North Carolina on Monday. Though short of its usual extravagance due to the coronavirus pandemic, six delegates from each state and territory were present in person to cast their votes, while other party figures called in remotely.

The president surprised the assembled Republicans by appearing in person in an unscheduled visit shortly after his nomination was confirmed.

Both Trump and Pence were running unopposed for the nomination. While a handful of Republicans had initially attempted to challenge Trump, the last of those, Massachusetts Governor Bill Weld, dropped out in March after winning just 1.3 percent of the vote in the Iowa caucuses.

Pence promised the pair would “make America great again, again”  after his renomination, proclaiming it would take at least four more years to “drain the swamp” Trump had promised to do away with in his first campaign. The party voted unanimously not to adopt a policy platform for 2020, instead vowing to “enthusiastically support the President’s America-first agenda.”  Trump has been criticized for failing to outline concrete policy objectives for his second term, and an agenda released Sunday – pledging to create 10 million new jobs over the next 10 months, launch one million small businesses, and eradicate the pandemic – raised some eyebrows as his detractors questioned how he proposed to accomplish these goals.