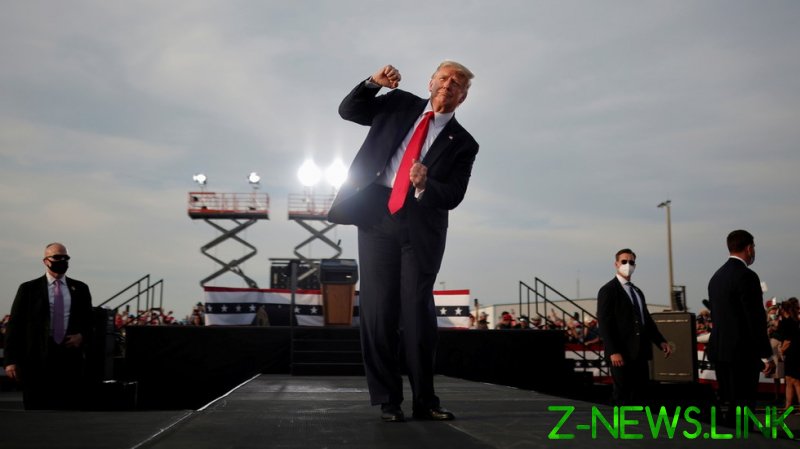 Trump spoke to several aides and close confidants about the idea for a new political party over the last week, the Wall Street Journal reported on Tuesday, citing “people familiar with the matter.”

The unconfirmed report comes as the president spars with Republican leaders over his handling of the January 6 Capitol riot, which saw a crowd of his supporters storm the halls of Congress to protest the conduct of the 2020 presidential race. Senate Majority Leader Mitch McConnell (R-Kentucky), for example, accused Trump on Tuesday of “provoking” the rioters while insisting “the mob was fed lies,” referring to Trump’s repeated allegations of election fraud.

Despite the friction with GOP leadership, however, rank-and-file party members have largely held firm in their support for Trump, with recent polls showing that more than 80 percent of Republican voters oppose both charges and impeachment for the president over the unrest in DC.

Though the Journal noted that it isn’t clear how serious the president is about the new party, and Trump himself has yet to publicly discuss any plans for one, he has hinted that something could be in the works in coming days, telling the country in his farewell address on Tuesday that “the movement we started is only just beginning.” He said much the same in a speech earlier this month, though in both cases left his meaning ambiguous.