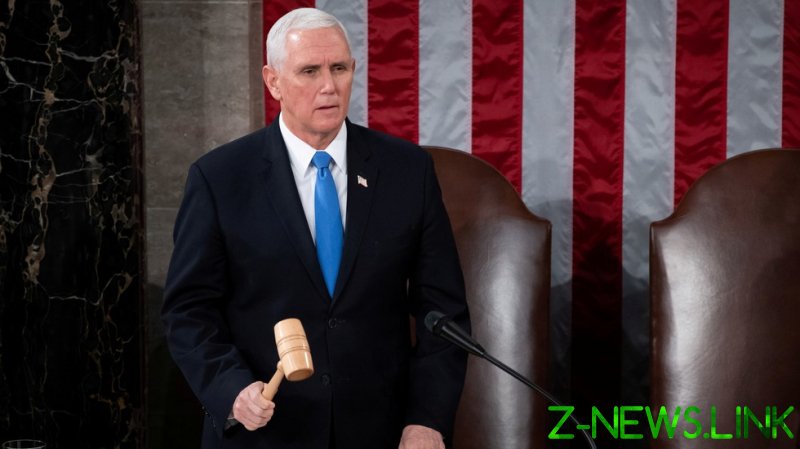 Asked by ABC’s Jonathan Karl whether he was “worried” about Pence when rioters entered the Capitol, Trump insisted his vice president – who had been there for the certification of Electoral College results – was “well-protected” in audio gathered for Karl’s book ‘Betrayal’ and released on Friday through Axios.

After Karl described the “terrible” chants calling for Pence’s hanging over his decision to certify the 2020 election results, Trump appeared to defend the mood of the mob.

“He could have – well, the people were very angry,” Trump told Karl.

“They were saying ‘hang Mike Pence,’” the reporter replied.

The former president then railed against Pence for “passing on a vote he knows is fraudulent.”

“It’s common sense that you’re supposed to protect. How can you – if you know a vote is fraudulent, right? How can you pass on a fraudulent vote to Congress? How can you do that?” the former president said.

The audio has caused outrage on social media, with critics, among them Karl himself, accusing the Republican and potential 2024 contender of “defending” the rioters who were threatening Pence’s life.

The audio is part of a larger 90-minute discussion between the former president and Karl that was conducted at Trump’s private club, Mar-a-Lago, in Florida for the ABC reporter’s book, which will be published next week.