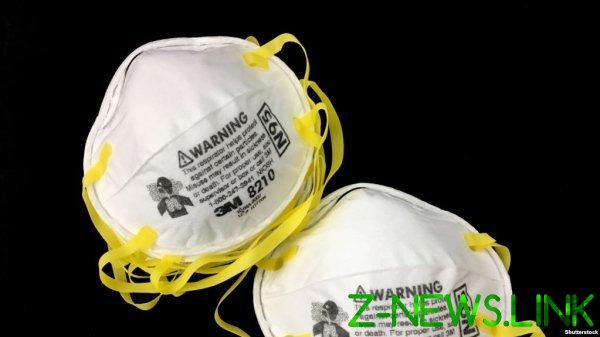 On Friday, U.S. President Donald trump with his decree banned the export of medical equipment and medicines that can be used in the fight against the pandemic coronavirus.

“I sign the decree in accordance with the data protection Act of production in order to prohibit the export of scarce medicines by unscrupulous players and speculators” – the President said trump. American manufacturers will not be allowed to export respirators, surgical masks, gloves, other items of personal protection. According to the President of the trump, all that is now required in the United States. The President announced that the Federal Department of health took control of several hundreds of thousands of respirators, masks, significant amounts of disinfectants intended for export at inflated prices. “Most of these stocks are already enrolled in American medical institutions”, – said the President.

3M, the largest American manufacturer of N95 respirators, expressed disagreement with the earlier request of the authority, to reduce or interrupt the supply of respirators to Canada and Latin America to be satisfied with the demand in the United States. The company said that such a move will cause not only a significant humanitarian issues in the regions where it is a major supplier of respirators, but will entail retaliatory measures by these countries. The company claims that it greatly expanded the production of protective equipment. However, governors of some States complain that the procurement of scarce protective masks now akin to participating in auctions, where they have to fight not only with buyers from the United States, but also from abroad.