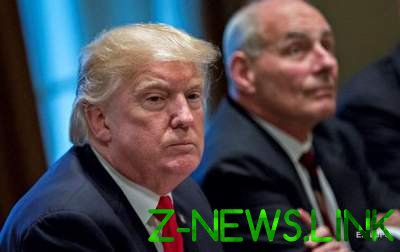 Iran does not comply with the terms of the nuclear agreement.

The President of the United States Donald trump is going to break an international deal on Iran’s nuclear program next week. This was stated by the us President himself.

“We must not allow Iran to acquire nuclear weapons. The Iranian regime supports terrorism and exports violence,” said trump.

According to him, the US should put an end to “nuclear ambitions” Iran. “They did not abide by the terms of the agreement,” trump added.

Previously, trump has accused Iran of cooperation with North Korea. He wrote about this in his Twitter.