Trump gave a clear signal to Ukraine and Russia 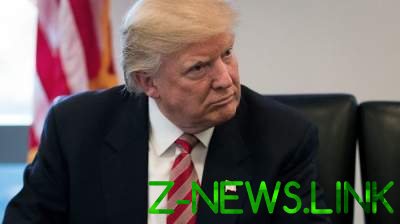 Advisor to the President of the United States explained that further escalation in Ukraine is not in Moscow’s interests.

The President of the United States Donald trump instructed to adhere to the tough stance against Russia in Ukraine and Syria.

This was stated by Advisor to the President on matters of national security Herbert McMaster.

According to him, the Americans will not stand by if Russia is to destabilize the situation in Ukraine.

“The President gave us very clear instructions about our relationship with Russia. He determined our very powerful position in the middle East and in Ukraine, in particular, in the confrontation destabilizes the behavior of the Russian Federation,” said McMaster.

Regarding the sanctions against Russia adviser to trump noted that Moscow is their greatly felt and we now understand that further escalation in Ukraine is not in its interests.

“I think for Russia it becomes clear that it is not in her best interests to keep this conflict in Ukraine”, – said MacMaster and added that losses from the sanctions are not only economic effect, but the loss of international confidence.

McMaster added that trump wants to ensure abstinence from any conflict with Russia” because it “does not meet someone’s interests”.

As recently reported at the U.S. Embassy in Ukraine, the US President, Donald trump has delegated to the Secretary of state and the Finance Minister certain powers to implement new sanctions against Russia, in particular in the context of the Russian aggression against Ukraine. The United States will force Russia to implement the Minsk agreements.

In turn, the former Deputy Secretary of state Antony Blinken urged the US President to provide weapons to Ukraine amid the continuous fighting in the Donbass.