Trump explained why the United States is “friends” with Russia 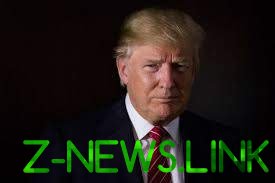 Good relations with Russia will help to resolve the conflict with North Korea.

“I think the situation around North Korea would be easier if the US and Russia had better relations,” said trump. According to him, “it would be great to have a dialogue with China and Russia.” He also noted that this is due to the influence of Russia in the region.

“I do not think that there is something wrong – it is a strong country with nuclear weapons. I think we can form a good relationship,” added the US President.