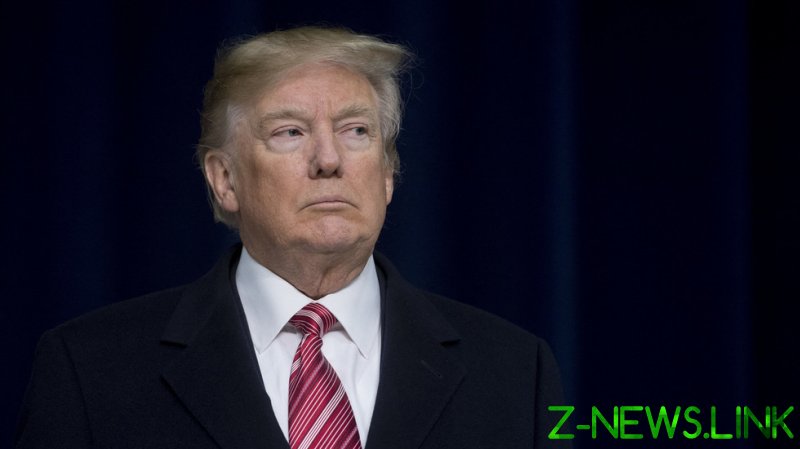 Former US President Donald Trump has slammed claims that he stormed out of a recent interview with Piers Morgan and has released an audio recording of how his sit down actually ended. Trump accused Morgan of being “just like the rest of the Fake News Media.”

On Wednesday, TalkTV, which is set to broadcast the interview on April 25, released a highly dramatized promotional video for the sit-down, dubbing it “the most explosive interview of the year.” The promo provided a 30-second video summary of the discussion over incredibly loud cinematic music and portrays Trump as growing increasingly frustrated with Morgan’s questions. The video ends with Trump seemingly cutting the interview short, saying “Turn the camera off” and telling Morgan that he is “very dishonest” as he rises from the chair to take off his microphone.

However, an audio recording of that very same interview, released by Trump’s team, suggests a completely different story. In the recording, Trump and Morgan can clearly be heard laughing, engaging in small talk and thanking each other for the interview, contrary to what a “deceptively edited” promotional video for the interview suggested.

Near the end of the audio clip, which was uploaded to SoundCloud by Breitbart, Piers Morgan can be heard saying “That was a great interview,” to which Trump replies “Yeah.” Morgan then says “Thank you very much. I really appreciate it,” before Trump says “Turn the camera off.”

On Wednesday, Trump published a statement along with a link to the audio clip, saying “Piers Morgan, like the rest of the Fake News Media, attempted to unlawfully and deceptively edit his long and tedious interview with me.” 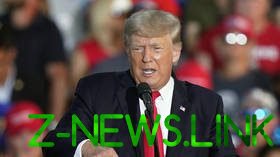 “He wanted to make it look like I walked out on the interview when my time limit of 20 minutes went over by an hour.” the statement read. “The good news is that the interview was taped by us as a means of keeping him honest.”

Trump added that if anyone wanted to “make Piers look bad,” they would only need to compare the doctored promo video released by TalkTV to “the real thing.”

The former US president expressed hope that the publication of the original audio would force Morgan’s team to make some “big changes to their final product,” concluding that “it just shows, however, what I have to deal with in the Fake News Media. He went out of his way to deceptively edit an interview and got caught. That is a big story, isn’t it?”

The fallout from the controversial edit has already hit Morgan’s new talk show, which is called Piers Uncensored, as a number of people have slammed the former Good Morning Britain presenter for using Trump to gather views.

Trump’s communications director Taylor Budowich wrote on Twitter that the incident was “a pathetic attempt to use President Trump as a way to revive the career of a failed television host.”

Meanwhile, Caitlyn Jenner agreed with Budowich’s take and announced that she has contacted her management to cancel an upcoming appearance on Morgan’s show due to his “repulsive misconduct.”

Morgan has shrugged off the accusations of “unlawfully and deceptively” editing the promo as “fake news,” saying his promo was “as rigged as the 2020 election.”

He also responded to Budowich, telling him that he should have prepared Trump better for the interview and that it was his own fault for not stopping it when they wanted, implying that the former US president needs a new director of communications.