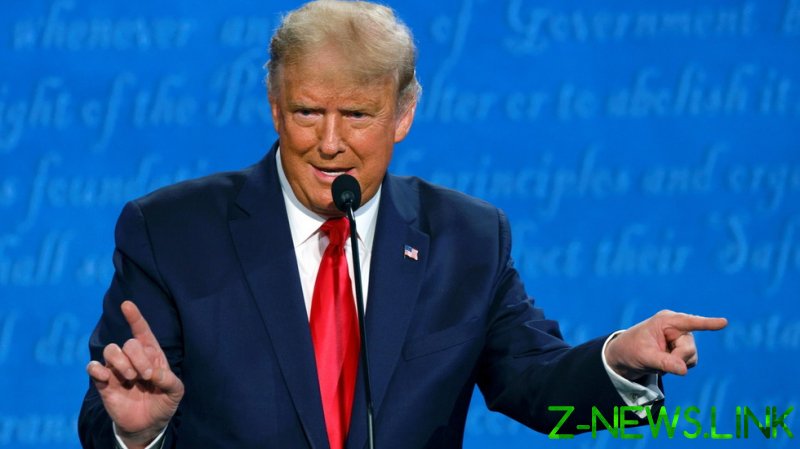 Biden responded by dubbing the president “a dog whistle about as big as a fog horn,” accusing him of attacking Mexican immigrants as “rapists” in previous comments and “banning Muslims because they’re Muslims”  in apparent reference to Trump’s travel ban on people travelling from several Muslim-majority nations.

During the first presidential debate, Trump was accused of waffling after he was asked to denounce the Proud Boys – a loose faction of right-leaning activists who often counter-protest leftist events and are frequently deemed “racist” by progressives – saying only that they should “stand back and stand by.” He instead invoked leftist militants linked with Antifa, who’ve taken part in rioting and mass unrest across the US amid a wave of anti-police brutality protests.

Though he has repeatedly come under fire for his refusal to condemn racist groups, the president has, in fact, addressed the issue on a number of occasions, telling Fox earlier this month that “I’ve said it many times, and let me be clear again: I condemn the KKK, I condemn all white supremacists, I condemn the Proud Boys – I don’t know much about the Proud Boys, almost nothing, but I condemn that.”

Biden similarly took heat for his reluctance to take a public stance on Antifa or the violence that has plagued the ongoing demonstrations, but reversed course after the issue began costing him in the polls, condemning rioting, looting and arson as “lawlessness plain and simple.”