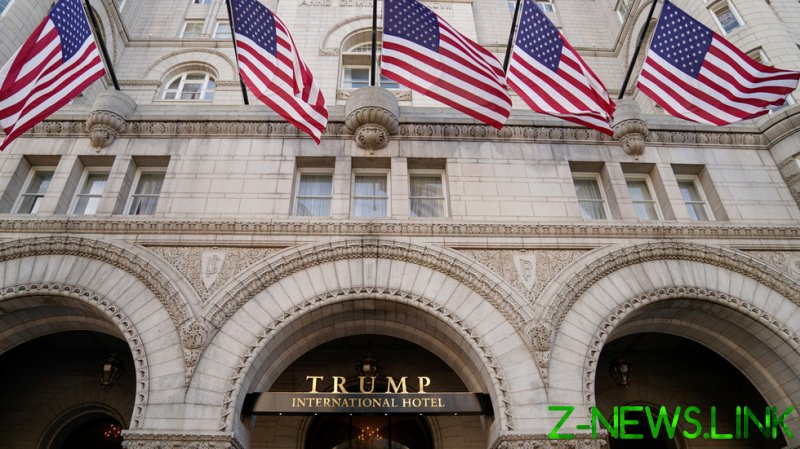 In February, news outlets reported that rooms at the hotel had shot up in price for the 3rd and 4th of March – when supporters of the QAnon conspiracy theory thought former President Trump would reclaim the White House from President Joe Biden, citing the old, replaced tradition of presidents being inaugurated on that day.

Though outlets theorized that Trump International Hotel was attempting to capitalize on QAnon supporters by jacking up the price, leaked documents from the Washington Metropolitan Police Department show that the hotel intentionally raised its prices to deter more fanatical supporters of the former president.

According to the leaked documents – which were shared with the Guardian – “MPD’s intelligence division confirmed with Trump Hotel management that they raised their rates as a security tactic to prevent protesters from booking rooms at their hotel should anyone travel to DC.”

The caution was largely unnecessary, however, as the police department found “none of the hotels in [Washington] are showing any noticeable increase in hotel reservations for this timeframe.”

During his presidency, Trump repeatedly tried to distance himself from QAnon conspiracy theorists by banning related merchandise and signs from his rallies. However, after being questioned by reporters about QAnon last August, Trump said, “I don’t know much about the movement other than I understand they like me very much, which I appreciate.”

QAnon conspiracy theorists – whose movement was largely centered on the theory that Trump was secretly fighting a group of Satanic pedophiles in the American establishment – were among the group of Trump supporters who stormed the US Capitol on January 6 in protest over Biden’s presidential election victory.