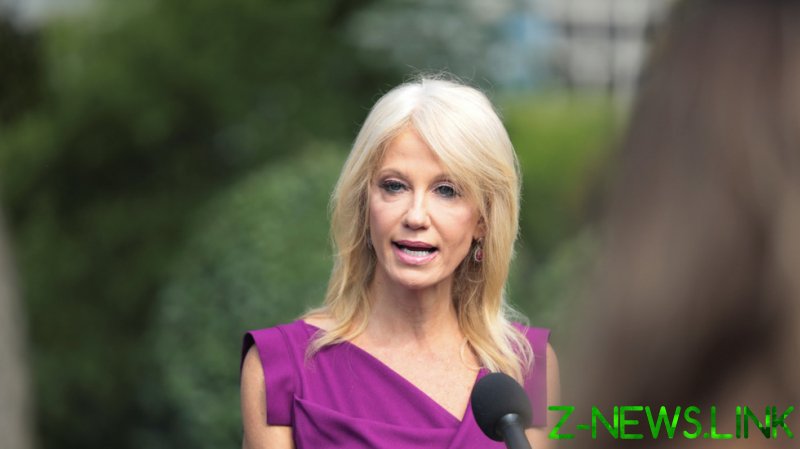 Claudia Conway was accompanied during her audition for ‘Idol’ by her father, vocal Trump critic George Conway, but her mother appeared via video chat before and after to show support for her.

“Remember, honey. Winners are people who are willing to lose,” she said at one point to Claudia, who made it to the next round of auditions after performing both Rihanna’s ‘Love on the Brain’ and Adele’s ‘When We Were Young’.

While the segment included no politics and appeared to be little more than a mother supporting a daughter pursuing her dream, it has been triggering for Trump critics, who were not pleased at the appearance of Kellyanne Conway on such a major show.

“Good work by American Idol in their efforts to rehab the reputation of horrible human ⁦⁦@KellyannePolls,” MSNBC’s Soledad O’Brien tweeted on Monday in reaction to the segment.

“Now that they’ve helped rehab mendacious behemoths like Kellyanne Conway and Sean Spicer it’s only a matter of time before ABC casts the QAnon shaman as the next Bachelor,” fellow MSNBC talking head Matt Negrin wrote, referring to the former White House press secretary’s controversial appearance on ABC’s ‘Dancing with the Stars’ in 2019.

Others blasted ‘Idol’ as exploitative and Kellyanne Conway as abusive, citing several public fights she has had with her daughter, many of which had been posted to Tik Tok.

‘Idol’ judge Katy Perry referenced some of the public drama surrounding Claudia Conway when she first appeared on the show, asking her if she was okay, and then later offering her advice.

“You have to quiet the storm around you,” she said.

Claudia Conway described her relationship with her mother as “iffy,” but said they love each other.

“She loves me and I love her,” Claudia said. “I just feel like our relationship’s a little iffy. Most of my life, my feelings had been suppressed. So then I got social media and I was like, ‘Well, yeah, now my voice is being heard.’”

In the segment before her audition, Claudia Conway described how she hated living in Washington DC and her mother’s work for the former president.

“I had to move to Washington, DC, when I was 12, and I hated it,” she said. “When your mom’s working for the president of the United States, who you pretty much disagree with, it’s really hard.”