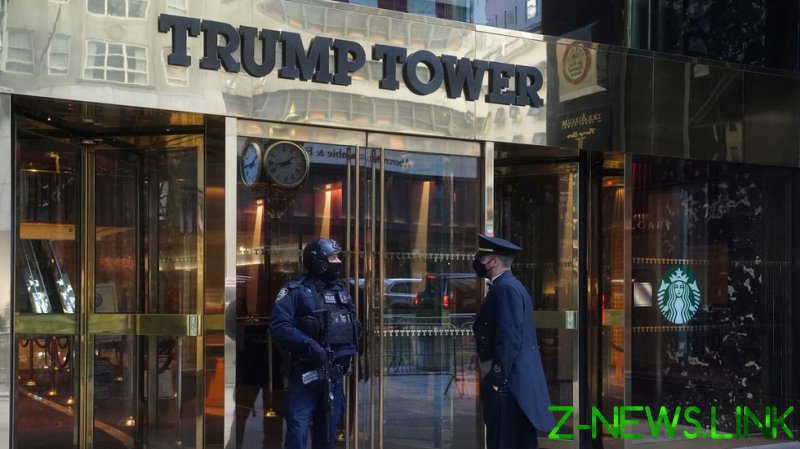 The court’s ruling was in response to Trump’s team filing an emergency order in October 2020, seeking to shield his financial records from prosecutors.

The ruling was made without comments or dissent. Manhattan District Attorney Cyrus Vance simply promised that “the work continues” in response to the win.

Trump slammed the investigation as part of a “political witch hunt” tied to the two impeachment attempts against him and the fruitless Robert Mueller investigation into allegations of “Russian collusion.”

“The Supreme Court never should have let this ‘fishing expedition’ happen, but they did,” the former president said in a statement on Monday. “This is something which has never happened to a President before, it is all Democrat-inspired in a totally Democrat location, New York City and State, completely controlled and dominated by a heavily reported enemy of mine, Governor Andrew Cuomo.”

Trump also reiterated his belief that he won the 2020 presidential election, and this case now is an attempt to silence him and his supporters.

“I will fight on, just as I have, for the last five years (even before I was successfully elected), despite all of the election crimes that were committed against me,” he said. “We will win!”

Vance’s office has been seeking the records since 2019, reportedly looking into alleged hush payments and possible financial crimes by the former president’s organizations.

The grand jury subpoena covers records from January 2011 to August 2019 related to the accounting firm Mazars USA and former Trump lawyer Michael Cohen, who claims he paid off women like adult film star Stormy Daniels for public silence about their alleged affairs with Trump.

Cohen told CNN on Monday the case doesn’t “look good” for Trump, and he celebrated his former employer’s loss.

“One thing I can turn around and tell you, he should start maybe speaking to someone about getting a custom-made jumpsuit, because it does not look good for him,” Cohen said.