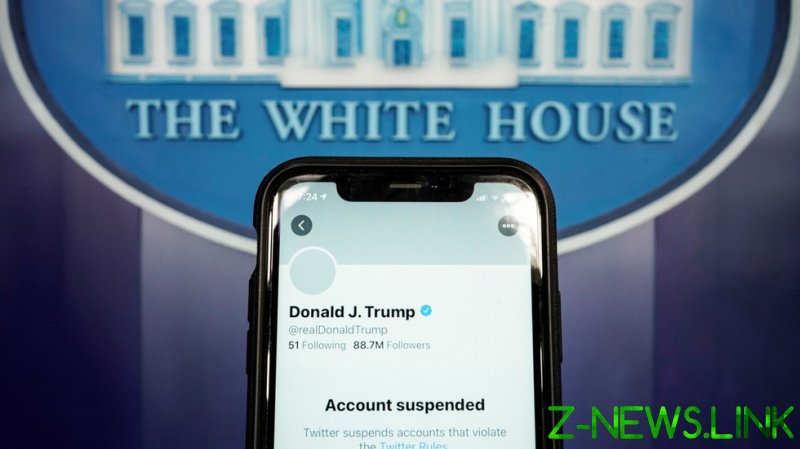 “$1 billion sends an important message to Big Tech that censorship and political discrimination must end,” Trump said in a statement on Saturday. He added that a beefed-up balance sheet will position his Trump Media & Technology Group (TMTG) start-up to “fight back against the tyranny of Big Tech.”

Unidentified institutional investors agreed to provide funding for the new Twitter alternative, “Truth Social,” through a so-called private investment in public equity (PIPE). The transaction enables the buyers to acquire shares of the new platform without the company going through a public offering on a stock exchange.

TMTG plans to merge with Digital World Acquisition Corp. (DWAC), a Miami-based company that was founded by a former Deutsche Bank trader last year to combine with a technology or financial services company. DWAC has agreed to provide up to $293 million in capital to the venture upon completion of the venture, meaning that after expenses, TMTG will have about $1.25 billion to fund the launch of Truth Social.

The Trump-led venture missed its November target to release a beta version of Truth Social for invited guests. A nationwide rollout is scheduled for the first quarter of 2022.

Truth Social is billed as a platform where users of all political beliefs are welcome and where “open, free and honest” conversation are encouraged.

Trump’s Twitter account, which had 89 million followers, was permanently suspended earlier this year in the wake of January’s US Capitol riot. He was suspended for at least two years on Facebook and Instagram, where he had more than 57 million followers combined.

“If Big Tech can censor the president of the United States, then they can censor anyone,” TMTG said. The company added that it will “counter the liberal bias and dangerous exercise of tech monopoly censorship.”