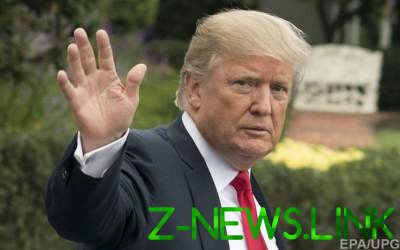 Trump said that the accusations of Russia “to justify the electoral defeat, which was used by the Democrats”.

The US President Donald trump said that the Democratic party lost the presidential election in 2016, not because of “Russian influence”, but because of the fact that the party was “a bad candidate”.

In an interview with Fox News, trump said that the accusations of Russia “to justify the electoral defeat, which was used by the Democrats”.

June 21, the United States officially stated that the Russian hackers attacked the electoral system in 21 States during the presidential elections in 2016.

According to ex-CIA Director John Brennan, RF shamelessly intervened in the electoral campaign in the United States in 2016.

“It should be clear that Russia is brazenly interfered in our presidential elections, and that they took these actions despite our strong protests and our direct warning not to do it,” – he stressed.

Ex-FBI Director James Comey also no doubt that Russia tried to interfere in the electoral process in the United States and that the operation was sanctioned by officials in Russia.