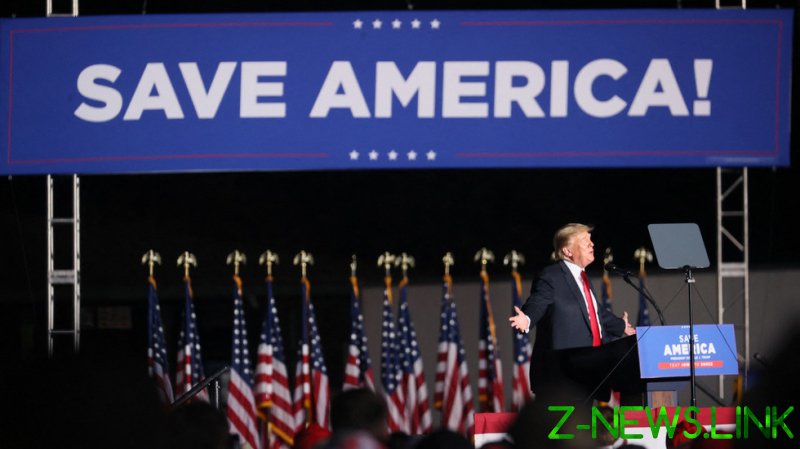 “For the first time, we had secured our energy independence. Now they are asking OPEC, Russia, and other countries to send us some oil,” Donald Trump said, speaking at the ‘Save America’ rally at the Iowa State Fairgrounds in Des Moines on Saturday.

“By the time I left office, we had more energy – more oil and gas – than Saudi Arabia, than Russia. And now we are asking them for help,” TASS quotes the US ex-president as having said.

The White House reportedly applied to OPEC and its allies, led by Russia, back in August. Back then, the cartel ignored the US’ petition to increase crude output faster than planned. It said it was sticking to the existing pact for a gradual increase by 400,000 barrels per day from November.

Earlier this week, US Energy Secretary Jennifer Granholm said she wasn’t ruling out reimposing a ban on crude oil exports that had been lifted back in 2015.

“It’s a tool we haven’t used, but it’s a tool,” the official said at a Financial Times conference, adding that the exploitation of the US’ strategic oil reserves was under consideration.