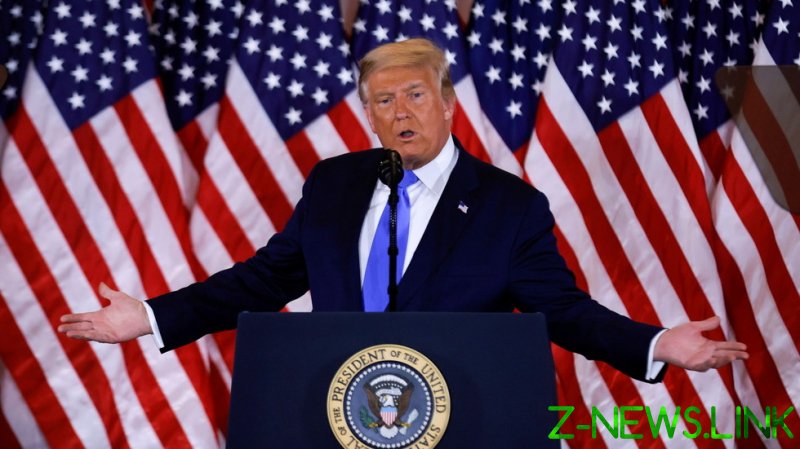 “Last night I was leading, often solidly, in many key States, in almost all instances Democrat run & controlled,” Trump tweeted on Wednesday.

“Then, one by one, they started to magically disappear as surprise ballot dumps were counted,” he continued, adding that “pollsters” got this election “completely & historically wrong.”

The message was flagged and labeled possibly “misleading” by Twitter.

The president did not specify what specific states he was referring to, but important swing states like Wisconsin and Michigan remain at play, with Biden ahead in both, according to reporting from The Associated Press. All three states have governors from the Democrat Party.

Trump followed up his tweet with another questioning “mail-in ballot dumps.”

“How come every time they count Mail-In ballot dumps they are so devastating in their percentage and power of destruction?” he tweeted.

The president has been critical of mail-in voting and has blasted states like Pennsylvania for accepting ballots sent by mail days after polls close. Those ballots, however, are still required to be sent out by a certain date and cannot be filled out past polls closing.

Several of the states still up for grabs – like Nevada and Georgia – stopped counting on Tuesday evening and resumed the following morning due to thousands of absentee ballots waiting.

Some counties in Pennsylvania, a critical swing state with 20 electoral votes, had not even planned on counting mail-in ballots until Wednesday morning. These ballots, of which there are record numbers in many states due to the Covid-19 pandemic, could critically change the results of close races.

Earlier on Tuesday, Trump accused his opponents of trying to “steal” the election and warned that ballots cast after polls close should not be counted. Many polling locations, however, announced extended hours due to pandemic restrictions slowing the process of actually voting down. As long as someone is at a polling location at the time of official closing, they have the right to vote.

“We are up BIG, but they are trying to STEAL the Election. We will never let them do it. Votes cannot be cast after the Polls are closed!” he tweeted. The message was also flagged by Twitter as possibly “misleading.”

In an election night speech, the president said “fraud” was underway and declared himself the winner of the race, despite not enough states being called for a winner to be determined.

During his speech, the president announced he was “clearly” the winner of both North Carolina and Georgia, two states where he holds a slight lead over Biden, but neither have been officially called yet.

“The president’s statement tonight about trying to shut down the counting of duly cast ballots was outrageous, unprecedented, and incorrect,” she said on election night. 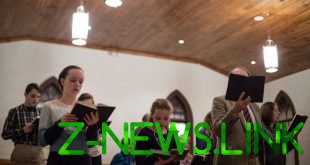 By suggesting all Christians are Republican, Biden’s IRS is making America more polarized than ever 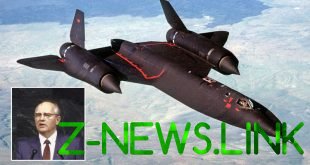 The idea that America ‘won’ the Cold War has made Washington believe only supremacy can bring peace. Now, that’s causing problems 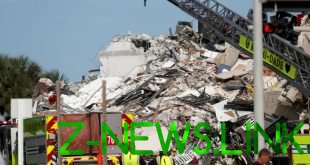