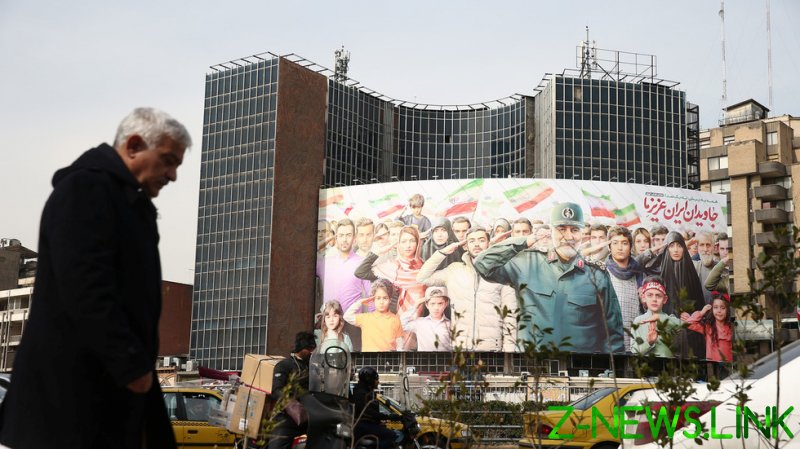 READ MORE: Joe Biden has a very short window of opportunity in which America’s return to Iran nuclear deal is possible

President-elect Biden has signaled that he was ready to reinvigorate the 2015 nuclear deal with Iran, officially known as the Joint Comprehensive Plan of Action (JCPOA), that was thrown under the bus by Trump in 2018.

Still, Biden’s background leaves a lot of room for doubt, according to Zeinab Soleimani, who said it was Barack Obama’s administration that facilitated the creation of the Islamic State (IS, formerly ISIS) terrorist group and sent the whole Middle East into turmoil. Moreover, US policy towards Iran has remained pretty much the same for decades already, she argued, and the change of the figurehead in the White House does not really matter.

Trump’s decision to order the assassination of General Soleimani stemmed from the fact that her father jeopardized US plans in the region, invoking fury in Washington, she said.

General Soleimani was killed early this year outside Baghdad International Airport by a US air strike as he was traveling in a car alongside high-ranking Iraqi military officials. The killing triggered unprecedented nationwide mourning in Iran, as well as in other countries in the region.

While the US regarded Soleimani as a “monster” – and he certainly was one for Washington –  the slain general has been a true “savior” for the people of his country as well as other nations of the Middle East, Zeinab Soleimani said.

The assassination of Soleimani, however, did not constitute a victory for the US, but actually backfired, his daughter believes. It invoked more anger and hatred towards Washington in Iran, as well as in other countries of the region. The killing has made more people want to follow in Soleimani’s steps and fight the US, she warned.

Zeinab Soleimani also touched upon one of the most recent hostile acts against Iran – the killing of the country’s leading nuclear scientist Mohsen Fakhrizadeh, who was assassinated near Tehran late in November. Those behind the murder are certainly “not human”, given how the scientist was slain in cold blood for merely working for his country, she believes

“They’ve killed him so easily in his own country in front of… his wife,” she said. “How dare they come to our country and kill people so easily in the street?”

Watch the full interview on Going Underground on December 16.