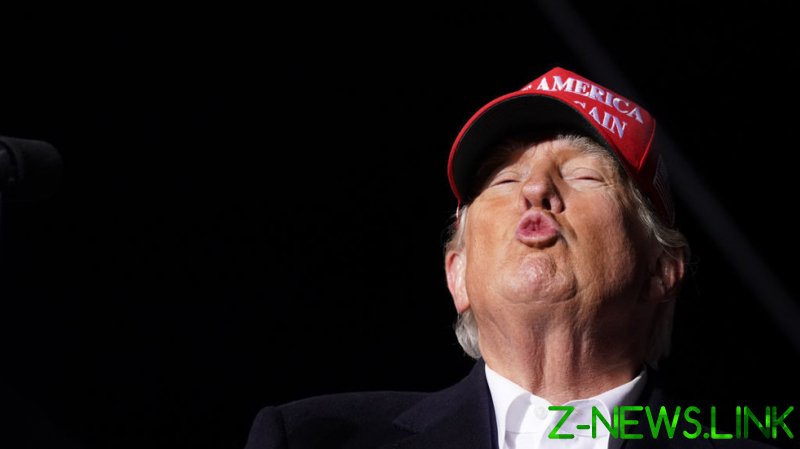 Former President Donald Trump would beat current US leader Joe Biden in a hypothetical 2024 match-up, a new poll has revealed.

If the presidential election were held now, Trump would enjoy the support of 47% of Americans while Biden would be trusted by 41% of respondents, the results of a Harvard CAPS-Harris survey, conducted on March 23-24 and published by The Hill on Monday, show.

Vice President Kamala Harris would apparently perform even worse against Trump than her boss: 38% of 1,990 respondents would vote for her against a whopping 49% for Trump.

These findings come as Biden’s ratings spiral downwards. According to a recent poll by NBC News, the president’s approval rating has fallen to just 40%, the lowest level of his presidency per NBC’s records, amid the ongoing crisis in Ukraine and the largest inflation spike in 40 years.

Though Trump has yet to formally announce whether he’ll run for election, the Harvard CAPS-Harris survey brings him more good news. He remains the number one candidate for  Republicans: 59% would be happy to support him. Florida Governor Ron DeSantis, a current favorite for the GOP nomination, scores only 10%.

Former Vice President Mike Pence’s level of support is just one percentage point higher, and should they fight for the Republican nomination against each other, DeSantis would win with 28% while Pence would not get more than 24%, according to the poll.

Trump, who served a single term in office between 2017 and 2021, has repeatedly claimed that the 2020 election was “stolen” from him. Numerous lawsuits filed by his campaign, however, have not helped him to overturn the result.

Following the events of January 6, 2021, when a crowd of his supporters stormed the Capitol building in Washington DC, Trump was banned from Twitter, Facebook, and all major social media platforms for his alleged role in inciting the riot, or “coup,” as Biden calls it.