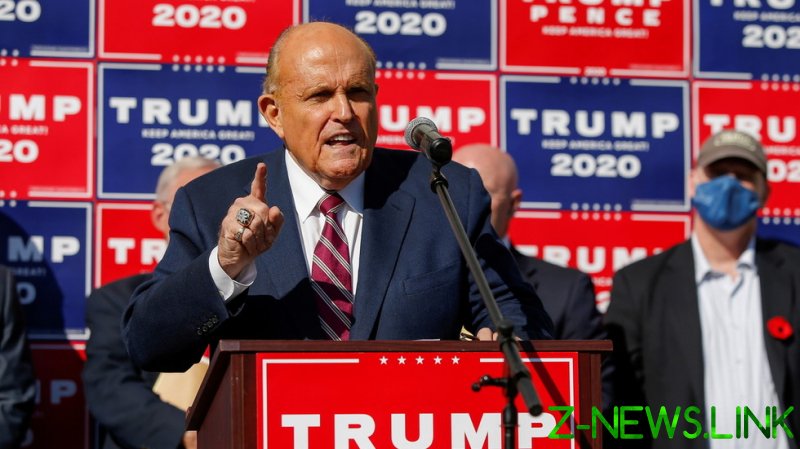 “[Rudy Giuliani], by far the greatest mayor in the history of NYC, and who has been working tirelessly exposing the most corrupt election (by far!) in the history of the USA, has tested positive for the China Virus,” Trump tweeted on Sunday.

At 76 years old, Giuliani is considered at high risk for complications from Covid-19.

The former mayor has been a key part to the president’s legal battles in swing states like Pennsylvania and Georgia where he has claimed Biden walked away victorious thanks to voter fraud. Giuliani has visited various states, most recently Georgia, in recent days and appeared maskless around numerous people, including lawmakers hearing his accusations.

In a Fox News interview earlier on Sunday, Giuliani claimed to have over 1000 signed affidavits from voters claiming they witnessed various forms of voter fraud in favor of Biden. The attorney alleged the fraud was a coordinated effort perpetrated by “somebody in Washington,” though he did not identify anyone specific.

Electors will officially cast their votes on December 14, but enough states have certified their votes to push Biden over the 270 Electoral College votes needed to win the presidency.