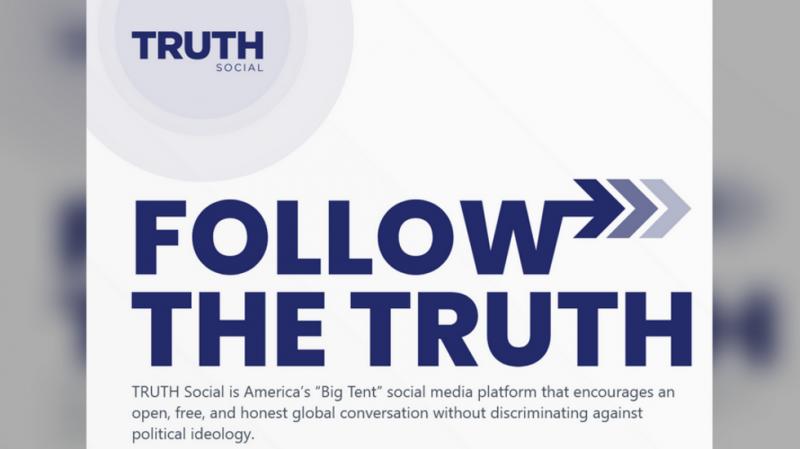 The former commander in chief announced the platform alongside an entirely new media venture – the Trump Media & Technology Group (TMTG) – on Wednesday, saying his TRUTH Social app will be ready for prime-time by early next year and will serve as a “rival to the liberal media consortium” based in Silicon Valley.

“I created TRUTH Social and TMTG to stand up to the tyranny of Big Tech. We live in a world where the Taliban has a huge presence on Twitter, yet your favorite American president has been silenced. This is unacceptable,” Trump said in a statement, adding that the platform was “founded with a mission to give a voice to all.”

Some of the promotional material went even further, outwardly mocking Twitter for its history of scrubbing content or banning users under questionable pretexts. A marketing image showed a hypothetical chat between users named ‘@jack’ and ‘@jane’ – the latter presumably a stand-in for Dorsey – with ‘jack’ demanding TRUTH Social’s moderation team “take down” an unspecified account. ‘Jane’ responds: “Are you sure you want to do that? I mean it’s a pretty big deal censoring that content. Kinda an overreach.. right?”

Dorsey, seemingly the target of the ad, took the criticism in stride, tweeting out the image with a simple caption: “Jane seems cool.”

The Twitter chief himself was forced to acknowledge his platform may have crossed a line by blocking a New York Post investigation last year that revealed the potentially corrupt business dealings of then-Democratic presidential nominee Joe Biden’s son, Hunter – including barring users from sharing the story in direct messages. Dorsey later said the way the issue was handled was “unacceptable,” eventually allowing the Post’s story back on his platform. (As it turned out, banning the article only amplified its reach online, having precisely the opposite of the intended effect.)

Earlier this month, lawyers for the ex-president filed a lawsuit asking a federal judge in Florida to force Twitter to reinstate his account, arguing that the social media giant was “coerced” by congressional Democrats to permanently ban Trump from the platform over the January 6 riot. In a separate lawsuit, the former president also asked the court to restore his Facebook account, arguing that Facebook was “threatening irreparable damage to the Republican Party’s prospects in the 2022 and 2024 elections.”

The TRUTH Social project is not Trump’s first foray into the social media world. In May, he launched a platform resembling Twitter visually – called ‘From the Desk of Donald Trump’ – though it was effectively just a personal blog which was supposed to allow users to re-post Trump’s musings onto other mainstream platforms (many of which continue to ban Trump himself). Just a few months later, however, the project was shut down, failing to garner much attention despite Trump’s previous enormous following on Twitter.

Another project named ‘Gettr’ was also launched last July by Jason Miller, a former Trump aide and spokesman, and though the MAGA-themed platform continues to operate, the ex-president has appeared to distance himself from the project. Ahead of its launch last summer, Bloomberg reported that Trump had no plans to join Gettr and had no financial stake in the venture, noting that he still intended to create his own platform.