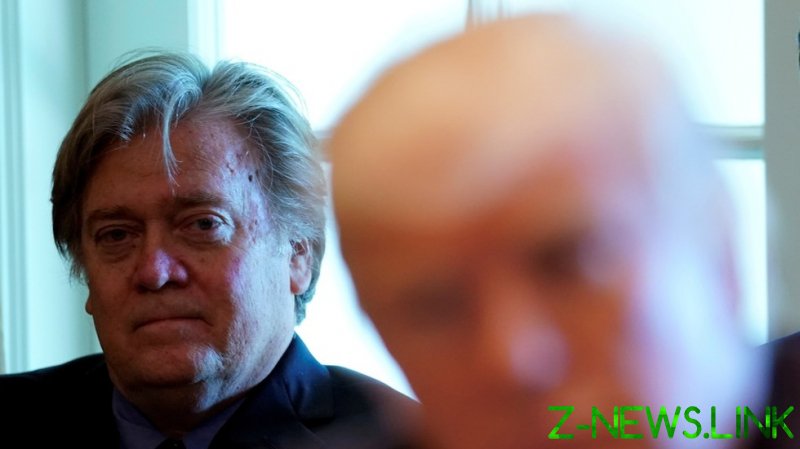 The indictment was released on Friday, just over three weeks after Bannon was held in contempt by Congress for failing to answer a subpoena to testify to the Democrat-run committee investigating the January 6 pro-Trump riot on Capitol Hill.

Bannon claimed at the time that he did not have to honor the subpoena, as he was protected by Trump’s “executive privilege.”

Each count of contempt of Congress carries a minimum of 30 days and a maximum of one year in jail, as well as a fine of $100 to $1,000, the Department of Justice said.

Announcing the charges, Attorney General Merrick Garland said they reflect the Justice Department’s “steadfast commitment” to the principles of adhering to the rule of law, following the law, and pursuing equal justice under the law.

Critics have pointed out that charges against Bannon amount to “selective prosecution” and “show trials,” as President Barack Obama’s Attorney General Eric Holder was also held in contempt of Congress for refusing a subpoena while still in office, but was never prosecuted.

The January 6 select committee consists of Democrats and only two Republican members, Liz Cheney (R-Wyoming) and Adam Kinzinger (R-Illinois), both outspoken critics of Trump who voted to impeach him over the riot.