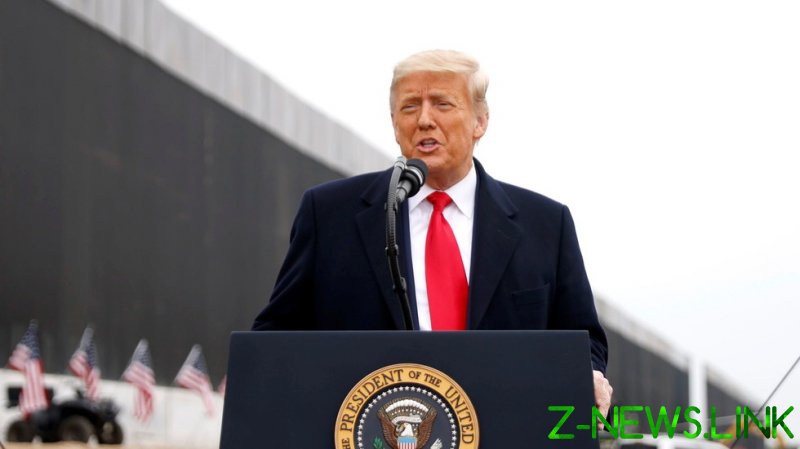 “A mass incursion into the country by people who should not be here is happening on an hourly basis, getting worse by the minute,” Trump said in a Friday statement. He blasted Biden for creating a “spiraling tsunami” at the border.

“When I left office, we had achieved the most secure border in our country’s history. Under Biden, it will soon be worse, more dangerous, and more out of control than ever before,” the former president said.

He also accused Biden of violating his oath of office for not upholding immigration laws.

“We put in place powerful rules and procedures to stop the smuggling and trafficking, but the Biden Administration has abandoned these proven strategies and instead given the smugglers and traffickers effective control of our border,” he said.

Trump previously focused on immigration to criticize Biden during his appearance at the Conservative Political Action Conference (CPAC).

“We don’t take our advice or counsel from former President Trump on immigration policy, which was not only inhumane but ineffective over the last four years,” Psaki said. “We’re going to chart our own path forward, and that includes treating children with humanity and respect.”

The Biden administration has found itself attacked by both Democrats and Republicans for its handling of the border. The use of Trump-era detainment facilities to house migrant children – which Democrats would often use to accuse Trump of putting “kids in cages” – has drawn sharp criticism from both sides.

The situation with migrant children is only bound to get more complicated as the Department of Homeland Security is expecting unprecedented amounts of unaccompanied minors to cross the border this year after an increase in the last few months, which could leave officials scrambling to find room for them.

According to a Friday report from Reuters citing a Pentagon spokesperson and a US Department of Health and Human Services (HHS) notice, the Fort Lee, Virginia military base is even being looked at to possibly house the expected migrant children.

A recent report from Fox News also revealed illegal immigrants who tested positive for Covid-19 were being let loose in Texas communities, motivating numerous Republicans to accuse the Biden administration of not having a handle on the border, especially during a pandemic.

The White House has defended the situation at the border and refused to refer to it as a crisis, despite critics urging Biden to declare a national emergency proclamation over the issue as Trump did in 2019.

Department of Homeland Security Secretary Alejandro Mayorkas referred to the situation simply as a “challenge.”