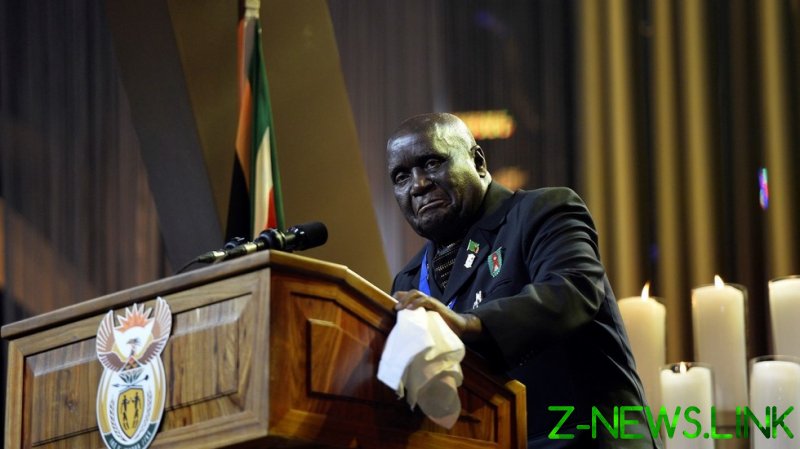 Zambia’s current president, Edgar Lungu, praised the founding father as a “true African icon” and said he had passed away “at a time we least expected.” Lungu declared 21 days of national mourning for Kaunda.

The charismatic Kaunda, who was known for carrying a white handkerchief in his left hand, was jailed by British colonial authorities in 1959. He was released the following year.

After becoming president of the United Party for National Development (UNIP), he organized the “Cha-cha-cha” campaign of civil disobedience to free the country, then known as Northern Rhodesia, from British control. The campaign included strikes, boycotts and protests.

Amid food shortages, surging debt and rising public opposition to one-party rule, the socialist leader ended a ban on opposition parties in 1991. Kaunda was defeated by Fredrick Chiluba of the Movement for Multiparty Democracy (MMD) in Zambia’s 1991 presidential election. He peacefully gave up power, waving his white handkerchief.

Kaunda later devoted much of his time to campaigning against HIV/AIDS, after one of his children died from the disease.

Journalist Charles Onyango-Obbo called Kaunda the “last man standing” of Africa’s independence generation. “One day, after we have contextualized his flaws, we will look kindly on him,” he said.