Published official images of the smartphone Samsung Galaxy J7+, one of the first from this manufacturer, the equipment which consisted of a double main camera. The announcement of the cell phone will be held in the near future, as Samsung really need to release as many new products, until Apple introduced its new iPhone 8, which for many weeks will draw all attention to himself. By the way, it will have a 12 or 17 September.

Camera is the main weapon of Samsung Galaxy J7+ vs competitors, because even in the front it has a 16 megapixel sensor. On the back panel of the smartphone houses the tandem of matrices 13 and 5 megapixels, and this Duo is able to record video in Full HD at 60 frames per second. The screen of the smartphone keeps the same Full HD resolution, based on the matrix Super AMOLED with a diagonal of 5.5 inches, so we phablet middle class, which included a fingerprint reader, dual slot for SIM-cards, 4 GB of RAM, a microSD slot in addition to 32GB internal memory and battery capacity of 3000 mAh exactly.

The Samsung Galaxy J7+ even built a voice assistant Bixby, but without allocated hardware button. The presentation of the smartphone preloaded with Android OS on it 7.1.1 will be held in Berlin at the IFA show 2017, which will be held from 1 to 6 September. 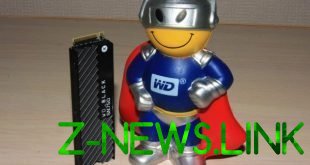