Home / Travel / Trip Advisor has selected the best city, restaurant, and attraction of the year

Trip Advisor has selected the best city, restaurant, and attraction of the year 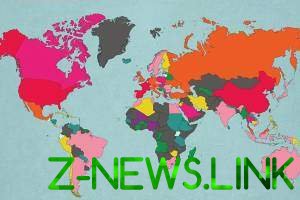 Popular travel site Trip Advisor summed up in 2017. Based on the feedback of the tourists named the most popular attraction, the city and the restaurant.

The experts of the online service Trip Advisor studied left by tourists reviews and shared the most interesting facts and figures for 2017.

So, the most popular tourist destination city was London, with more than 1 million reviews. The least popular African Eritrea, received 17 reviews of 9 tourists.

The most popular cafe was a bakery in Lisbon called Pateis de Belem, which during the year has written more than 10,000 comments. And the most discussed hotel – Hard Rock Hotel in Punta Cana in the Dominican Republic, whose total number of reviews has reached currently more than 500 million.

Proximity to most reviews – 30 000 – received the Sagrada Familia in Barcelona.

And a few more facts from Trip Advisor. More than 820 000 locations worldwide in the past year received their first review on the site. The most active were the travelers from Japan. They wrote much more than citizens of other countries.