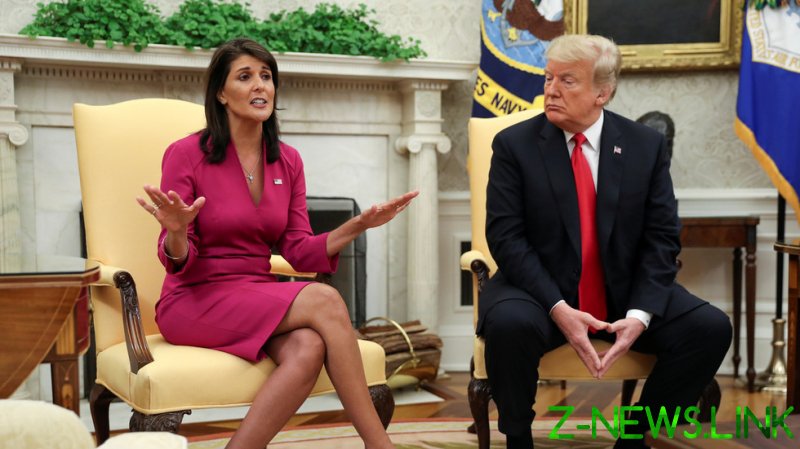 Though Haley posted a tweet ostensibly in support of the president on Thursday afternoon, praising Trump for “his leadership of conservative victories” in congressional races and calling for “transparency” and “fairness” in the vote-counting process, some in the MAGA camp deemed the message a ‘eulogy’ for Trump’s campaign.

Conservative podcaster Jesse Lee Peterson also took Haley’s words as a veiled dig at the president, translating her tweet to say “I don’t care if Trump wins or loses,” while others called her loyalty into question, urging to be more vocal in backing the commander in chief amid a still-undecided presidential race.

Netizens across the aisle had a wholly different reading of the offending tweet, with one self-avowed Democrat slamming her for pushing a “forever Trump” agenda, while another labeled the ex-diplomat “Tricky Nikki,” saying the post showed her “caving to public pressure as always.”

CNN pundits Joe Lockhart and Kaitlan Collins all but accused Haley of taking orders from the Trump campaign, suggesting her tweet came at the direction of the president’s sons, who’ve enthusiastically supported his reelection bid.

While Haley has come to the president’s defense throughout the 2020 campaign season, the former ambassador has directed criticism at her ex-boss in the past. After stepping down as UN envoy, she wrote in a 2019 memoir that she was “deeply disturbed” by Trump’s remarks following unrest in Charlottesville, Virginia in 2017, frequently misquoted to suggest he deemed neo-Nazi demonstrators “very fine people.” Before he took office, Haley also sparred with Trump on the campaign trail in 2016, demanding he release his tax returns and charging that he refused to “disavow the KKK,” though that feud was apparently mended before she joined his administration less than one year later.