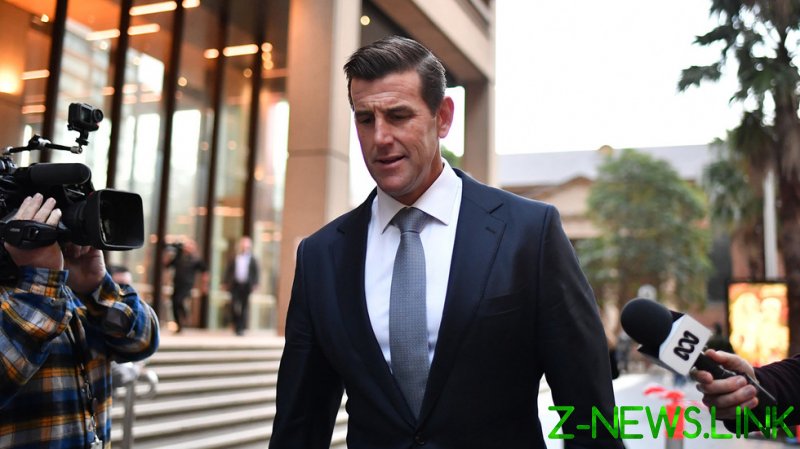 The eyes of Australia are on an important defamation trial which got under way in the Federal Court in Sydney on Monday. The trial, which is to be heard by a judge alone without a jury, has been described in the media as “the defamation case of the century.”

That may be something of an exaggeration, but its outcome will no doubt have serious consequences for the reputation of Australia’s armed forces, the media landscape in the country, and the culture wars more generally.

The plaintiff is Ben Roberts-Smith, a 42-year-old Australian war hero who was awarded the Victoria Cross and the Medal for Gallantry for his military service with the Special Air Service Regiment in Afghanistan between 2006 and 2012.

The Victoria Cross is Australia’s highest military honour and is awarded for “conspicuous bravery in the field.” Roberts-Smith won his for his part in an attack on a Taliban stronghold, and his bravery and courage under fire are not in dispute.

Roberts-Smith is suing The Age, the Sydney Morning Herald, and the Canberra Times newspapers over a series of articles in 2018 that accused him of committing six unlawful killings while serving in Afghanistan. The alleged victims include a disabled man and a child. At the time of publication, all three papers were owned by Nine Entertainment.

The defendants have raised a defence of truth, and propose to call Australian soldiers who served with Roberts-Smith in Afghanistan and other witnesses to testify that the plaintiff committed these atrocities.

Understandably, the Roberts-Smith defamation action has attracted a great deal of publicity and commentary. The plaintiff is Australia’s most highly decorated living soldier, and the son of a former Western Australian Supreme Court judge. After leaving the army in 2013, Roberts-Smith became general manager of Seven Queensland, part of Seven West Media in Brisbane  – a commercial rival of the media conglomerate that published the articles he has sued on.

Seven West Media is controlled by billionaire media tycoon Kerry Stokes, who is also coincidentally chairman of the Australian War Memorial in Canberra – the national institution established in 1941 to commemorate and honour the members of Australia’s armed forces (living and dead) who participated in wars.

Stokes has agreed to fund Roberts-Smith’s defamation action and has already advanced him almost $2 million for that purpose. Stokes has been criticised for this by politically correct commentators in the media, but has brushed these attacks aside.

It is very unusual to find two media empires facing off against each other, even indirectly, in a libel action – and whatever the outcome, one of them will have its reputation seriously dented and its coffers diminished.

The Roberts-Smith defamation action arose out of media investigations into allegations of serious misconduct by Australian troops during their deployment in Afghanistan.

The resultant adverse publicity forced the federal government to appoint Major-General Paul Brereton to investigate the claims that war crimes had been committed. Brereton handed down his report late last year – finding that there was sufficient evidence to suggest that 25 soldiers may have committed 39 murders in Afghanistan. It is not clear whether Roberts-Smith is one of the 25 accused soldiers.

Brereton’s findings gave rise to a firestorm of adverse publicity about the conduct of Australian troops in Afghanistan.

The chief of the Australian Defence Force, General Angus Campbell, stripped 3,000 soldiers who had served in Afghanistan of their service medals – although this decision was subsequently overturned – and the prime minister gave a formal apology to the president of Afghanistan and the Afghan people.

The federal government established a further inquiry to make final determinations, as recommended by Brereton, earlier this year – but the issue has received little or no media attention for the last five months.

Until now that is.

On Monday. Roberts-Smith’s barrister, Bruce McClintock SC, commenced his opening address. It was a bravura rhetorical performance. “This is a case about courage, devotion to duty and self-sacrifice” on the one hand and “dishonest journalism, corrosive jealousy and lies” on the other, McClintock asserted.

He reminded the trial judge that “war is violent,” something that “the defendants have forgotten… in their rush to tear Roberts-Smith down,” and approvingly quoted Churchill’s dictum that “We sleep soundly in our beds because rough men stand ready in the night to visit violence on those who would do us harm.”

“Australia prides itself on its military prowess. That is the reason we celebrate Anzac Day” and admire soldiers “who kill the enemy before they kill you,” McClintock added.

He said that there was no credible evidence to support the allegations of unlawful killing made against Roberts-Smith, and that those soldiers who were to testify against him were jealous of his having been awarded the Victoria Cross. These “bitter and puerile” men, some of whom had serious mental problems, had engaged in a “poisonous campaign” against his client, McClintock said.

The articles sued on had “smashed and destroyed the plaintiff’s reputation,” he said, and offers for public speaking engagements had dried up after their publication – costing him $475,000 to date.

It is obvious even at this early stage that there is a ‘culture wars’ aspect to the entire Roberts-Smith saga. The original media investigation into allegations of war crimes having been committed in Afghanistan was prompted, in part, by a politically correct desire to tear down the military establishment – in much the same way that recent media attacks on Cardinal George Pell and former Attorney-General Christian Porter sought to damage the Catholic Church and the conservative political elite.

The Pell and Porter cases also gave rise to legal proceedings – with a number of media groups fined for their coverage of the Pell case, and Porter pursuing, and ultimately discontinuing, a defamation action against the ABC.

Both of those cases fuelled the ongoing culture war and so will this one – as McClintock’s glowingly positive evocation of the ANZAC myth and Australia’s alleged worship of military prowess in his opening speech makes clear. The politically correct globalised elites, of course, despise warmongering, the military and the male-dominated ‘warrior culture’ that sustains it.

Whatever the outcome of this latest battle in the culture wars, there is no doubt that the Roberts-Smith defamation trial will shine a spotlight on the alleged misconduct of Australian troops in Afghanistan.

On this issue, the detailed evidence given by the plaintiff and his accusers in respect of the six specific murders that it is alleged Roberts-Smith committed will be crucial – and cross-examination will play an important part in determining the outcome.

Roberts-Smith will commence giving evidence on Wednesday, and the trial is expected to last for at least eight weeks.