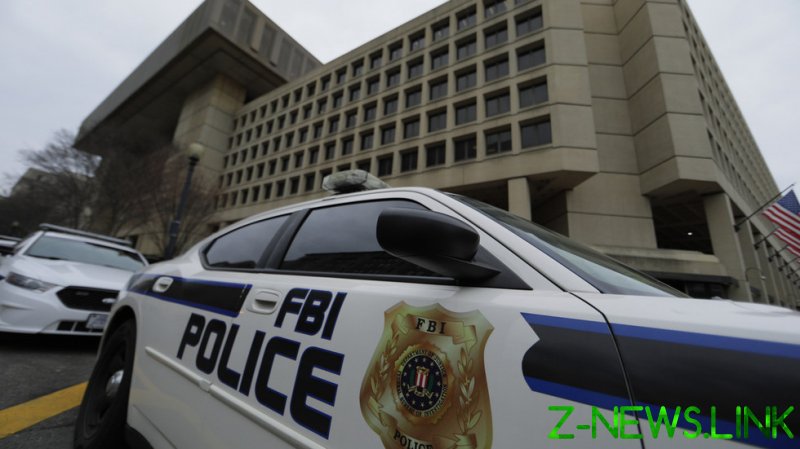 Anming Hu is a Chinese-born scientist, who moved with his family to Canada a decade ago and became a naturalized Canadian citizen. An internationally recognized expert in nanomanufacturing, he worked at the University of Tennessee (UT) and was involved in two engineering projects for NASA. By taking grants from the space agency, he defrauded the US government, because he failed to disclose his connection to a Chinese university, federal prosecutors allege.

The professor is among a number of researchers dragged into a federal hunt for Beijing spies in the US. The FBI zeroed in on Hu in 2018 after finding his photo in a Chinese flier for a scientific talent program, according to testimonies given to a court in Tennessee, which were reported by local outlet Knox News.

The Chinese document revealed that in 2012 Hu was awarded a short-term contract to teach at the Beijing University of Technology. Later it became a permanent job, which he disclosed on several forms after being hired by the UT in 2013, as well as in email exchanges with NASA, the court was told.

But Hu failed to mention the connection in one particular annual form, which, prosecutors allege, was done intentionally to secure NASA grants in 2016. Since 2012, the agency has been barred from funding any work with China or agents of the Chinese government. The Beijing University of Technology is a government-owned public institution. Hu’s non-disclosure, according to prosecutors, constituted fraud under US law.

Hu said the form required the disclosure of jobs outside of the university in which employees earned more than $10,000. His work at the Beijing university was compensated with less than $2,000 a year.

The US government didn’t charge Hu with espionage and didn’t present any solid evidence that he ever spied for the Chinese government.

But an FBI agent investigating him went to UT management to warn them that their employee was an operative of the Chinese military, the court was told. The agent, Kujtim Sadiku, testified that as far as he knew Hu was not actually involved with the Chinese military.

When Sadiku first approached Hu in April 2018, he didn’t bring up fraud allegations and instead appeared interested in recruiting him to spy on behalf of the US government. The agent suggested that the professor should report to him after visiting a conference in China and said he wanted to protect him, Hu said in his testimony.

Hu was arrested in February 2020 and charged with three counts of wire fraud and three counts of making a false statement to a federal agent. He was suspended from his job at the UT.

His defense insists that Hu was simply confused by labyrinthine security rules and that the Department of Justice “wanted a feather in its cap with an economic espionage case.” Asked by a defense attorney whether he “wanted to find a Chinese spy in Knoxville,” Sadiku responded: “My job is to find spies, yes.”

US District Judge Thomas A. Varlan denied a defense petition to toss the case and allowed it to go to the jury on Monday.