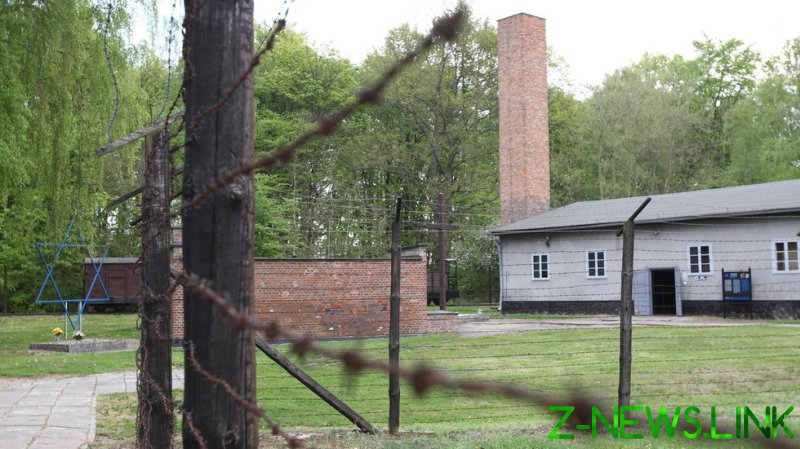 Irmgard Furchner is the first woman to go on trial for decades over crimes committed by the Nazis, having been charged with complicity in the murder of more than 10,000 people at the Stutthof concentration camp, in occupied Poland, where she served as a secretary.

The 96-year-old went on the run earlier this year in an attempt to avoid attending a court hearing over the charge, leaving the retirement home where she lived on September 30 in the German town of Quickborn. She was later caught in Hamburg and released “under the condition of precautionary measures” after being fitted with an electronic tag.

The pensioner worked in camp commander Paul Werner Hoppe’s office, as a secretary, between June 1943 and April 1945, taking dictation and handling correspondence. Hoppe was later tried and convicted as an accessory to murder, being sentenced to nine years in prison by a court in Bochum, Germany.

Around 65,000 people are thought to have died at Stutthof camp, including “Jewish prisoners, Polish partisans and Soviet Russian prisoners of war,” according to court documents.

Having told the judge that she does not wish to appear in the dock during her trial, the International Auschwitz Committee claimed she has shown a “contempt for the survivors and also for the rule of law” during court proceedings.

The trial of Furchner comes as a 100-year-old man stands trial accused of aiding and abetting the killing of thousands of prisoners at the Sachsenhausen concentration camp in Brandenburg, Germany. Josef Schuetz, who is the oldest man to stand trial for Nazi-era crimes, has claimed he is innocent.