Home / WORLD / Traumatized by Trump? Ohio University gives students ‘support spaces’ to get a grip after the presidential debate 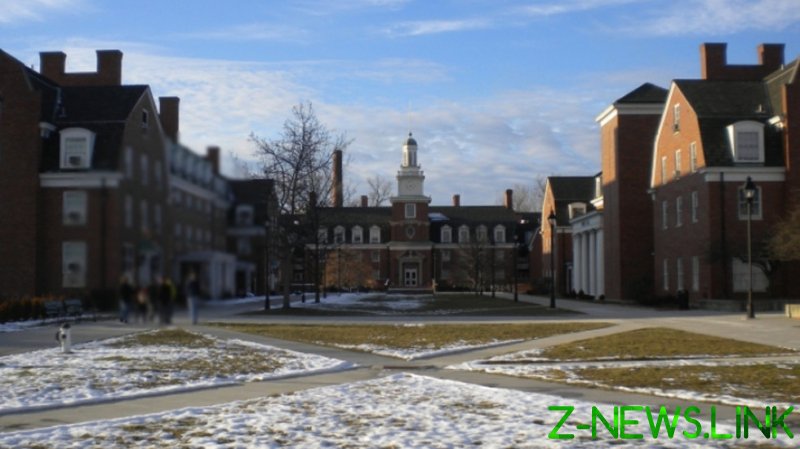 President Donald Trump and former vice president Joe Biden face off against each other on Tuesday night, in the first of three debates before November’s election. The political slugfest takes place at Ohio’s Case Western Reserve University (CWRU), and will be moderated by Fox News’s Chris Wallace.

It’ll be watched by a studio audience of around 75 people, and by millions of Americans at home.

CWRU reckons its students might be a bit overwhelmed by the debate, and has given them a “confidential safe space” in which to discuss their feelings about the political showdown. Running from Monday through to next Friday, these virtual counselling sessions will assuage the feelings of anyone hurt by Trump’s insults or Biden’s rambling policy proposals.

The university reminded students, however, that “Support Space is not a substitute for psychotherapy and does not constitute mental health treatment.”

As woke values took over corporate America in the last year or so, the ‘safe space’ culture of the university campus has largely fallen out of the news. However, CWRU’s “support spaces” are something of a throwback to 2016, when universities across the country offered their students group therapy sessions to come to terms with the fact that Donald Trump won the election. Students were given teddy bears and coloring books, and at UMass, in Boston, could schedule some cuddle time with “Doggo, the therapy dog.”

The support spaces haven’t proven that popular, though. Only two students signed up for Monday’s session, suggesting they’ve either become hardened to Trump after four years, or they’re saving the waterworks for after the show.