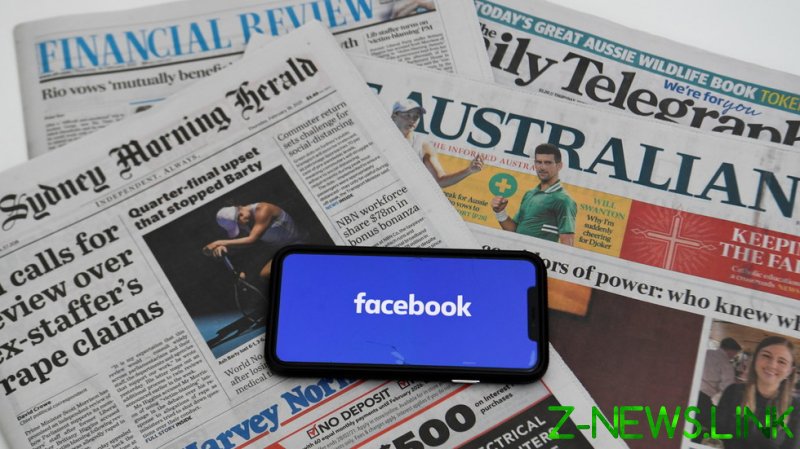 The agreement stuck on Tuesday brings an end to a weeks-long faceoff between the two parties, which saw Facebook temporarily black out all news content for Australian users after the passage of a law that requires tech firms to pay media outlets a cut for hosting their material.

“The agreement with Facebook is a landmark in transforming the terms of trade for journalism, and will have a material and meaningful impact on our Australian news businesses,” News Corp CEO Robert Thomson said in a statement, thanking several top officials by name, including Australian Prime Minister Scott Morrison.

This digital denouement has been more than a decade in the making.

While the terms of the deal were not disclosed, News Corp is the first major media company to announce an agreement with Facebook, a significant stride given that the Murdoch-owned firm publishes around two-thirds of metropolitan newspapers in Australia. Facebook may also soon sign a contract with Nine Entertainment, Australia’s largest owner of local media agencies, with the Sydney Morning Herald and the Age – both owned by Nine – reporting that the two had signed a letter of intent following weeks of negotiations.

News Corp previously reached a deal with Google, which had also threatened a content blackout alongside Facebook before reversing course and signing agreements with most major outlets in Australia just days before the media law went into effect, News Corp among them.

Though Facebook was originally reluctant to pay media agencies under the bargaining law, arguing its platform drives massive amounts of traffic to news sites, it ultimately relented after the legislation was amended to give greater leeway to tech firms, allowing for more time to work out deals with outlets and opening a loophole for companies that make “significant financial contributions to the sustainability of the Australian news industry.”