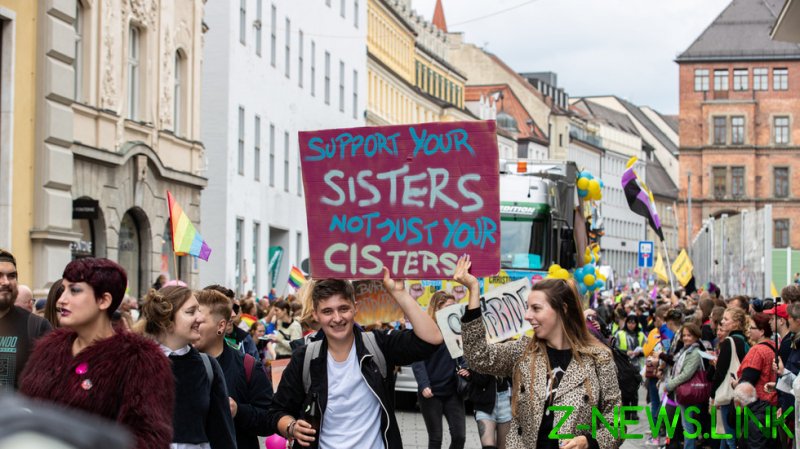 By definition a ‘slur’ is “an insulting or disparaging remark” and I fail to see how ‘cis’ doesn’t match that description. Spend just a few minutes on social media, and it quickly becomes apparent how the label is weaponized. Cis men are portrayed as the beneficiaries of an uber privileged gender that doesn’t work hard for their individual achievements. They’re also deemed as emotionally unintelligent and a disease. Just the simple act of communicating with them is something to be scoffed at.

Painting with broader strokes, cis people as a whole are depicted as unimaginative, ignorant, and not worthy of being heroes. In some instances even fictional media is looked down upon if its characters are cis.

Celebrities who try to point out the word’s insulting nature are met with a cacophony of eye rolls and personal attacks. Ratcheting up the level of nonsense are netizens who claim ‘cis’ can’t be a slur because trans folk hold no structural power over such people. A silly view on how words work, to be sure, and one that I imagine wouldn’t remain consistent if a fellow trans person spewed toxicity their way. If I was a gambler, I’d actually put money on them hitting the Report button on Twitter if someone was to do just that.

The belief that derogatory language changes due to social standing isn’t exclusive to a few small corners of the net, either. It’s been gaining traction of late, and there is a very clear routine of mental gymnastics that the overly woke crowd is using to come up with their own rules. Within the same instance they may express that “cis is not mostly used in a negative connotation” while also exclaiming that, if it was, “it doesn’t matter because cis people are not oppressed.”

All of this may come across as cherry-picked examples, but the most basic of searches reveals that the term is very much used to attack others. More often than not it accompanies messages that downplay a person’s worth, or diminishes their opinion. Entire memes have been created with the sole intent of telling cis people to “shut the f**k up.”

An interesting development in its own right, as, for a group that supposedly holds no structural power, I dare someone to make a meme which tells trans people to do the same. Contrary to the cis meme of the same concept, you can safely assume which one will be banned. This actually applies to any of the examples listed throughout this piece. Imagine for a second if somebody called transgendered individuals a “disease.” The ban-hammer would slam down with lightning-fast speed.

Focusing on the origin of the word, I have no doubts ‘cis’ was brought into the public lexicon with good intentions, but what may have been intended as a useful descriptor has been warped into a dismissive and condescending label. Personally, I think it is largely pointless, given ‘trans’ already serves to distinguish transgendered people from those who are not, but the existence of it is hardly offensive on its own. I won’t outright ignore the how’s and why’s of its usefulness. But regardless of my opinions on its necessity, it can’t be denied that it’s no longer being used as intended.

Activists may argue it is not derogatory, but they’re doing a poor job of making a case as to why it is not. Far too often that combination of three letters is used to write people off as meritless and unimportant. Made worse when those lobbing the insults then pretend their attacks are anything but, because they lack the social power. It’s a disingenuous means of using marginalized identities as a bludgeon.

Call it rainbow bashing, if you will.