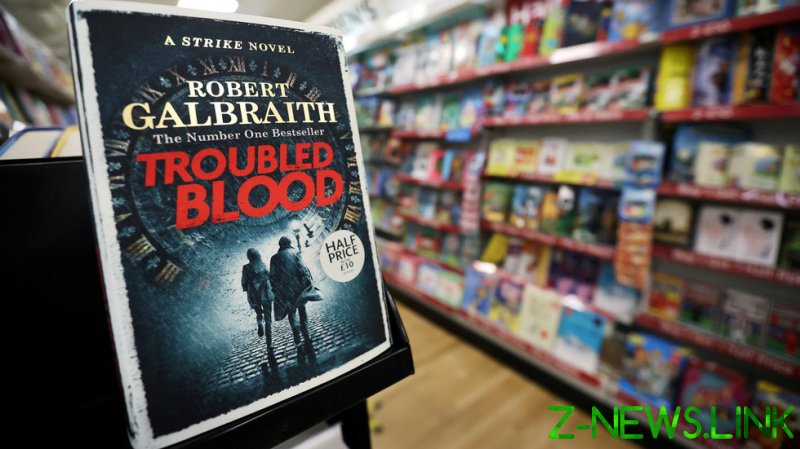 Rose of Dawn, a prominent YouTuber and a trans person herself, was hosted by Piers Morgan, when she had to refute quite a few positions expresses by another guest, journalist Benjamin Butterworth.

Butterworth claimed that the mere imagery of a man dressing like a woman to commit murders is inherently transphobic, due to the general public’s lack of understanding of trans people.

Rose of Dawn came right out of the gate by saying that “a transvestite isn’t the same as a trans person.” She argued that the difference between a man wearing woman’s clothes and a trans woman is quite obvious. Thus the “transvestite-killer” featured in Rowling’s novel is by definition unrelated to transphobia, in her opinion.

While Butterworth pleaded with the show’s viewers not to buy the book, Rose of Dawn argued that there was no reason to professionally ‘cancel’ Rowling. “I haven’t seen her use any kinds of slurs,” she said.

Broadcaster George Galloway, who was also a guest on the panel, compared Rowling’s story to the classic 1960 film ‘Psycho,’ where the titular villain was also a cross-dressing killer. Galloway joked that nobody seems to be ‘canceling’ the movie’s legendary director Alfred Hitchcock because “murderers come in all shapes and sizes”. “It’s fiction!” he reiterated.

Rowling’s much talked about book, ‘Troubled Blood’, was written under the pseudonym ‘Robert Galbraith’ and released on Tuesday. The inclusion of a male serial killer who dresses as a woman to murder his female victims has riled up some activists, who see this as transphobic.

The author has for a long time been accused of transphobia, following her comments stating that she fears children are being peer-pressured into gender reassignment. This gained her the label of ‘TERF’ – trans-exclusionary radical feminist – from social media commenters for asserting that biological sex shouldn’t be denied.

No amount of criticism seems to have altered her public position. Rowling returned the prestigious RFK human rights award in August after the foundation’s president criticized her for supposed anti-trans comments.