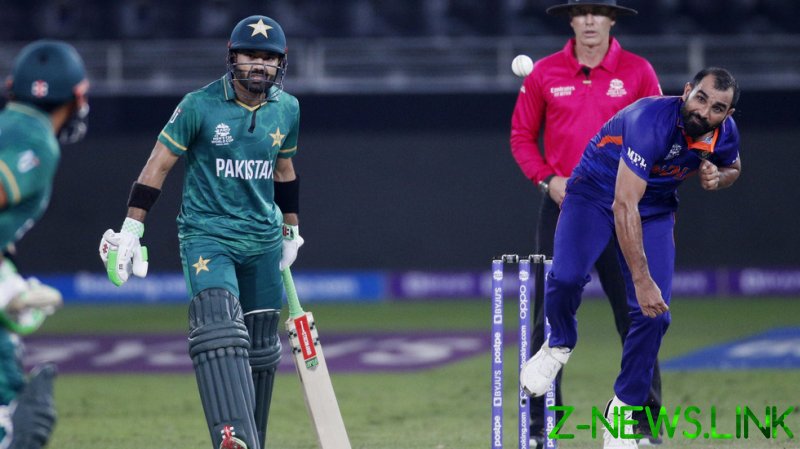 Pakistan claimed a surprise win on Sunday in their T20 World Cup group-stage match in Dubai as they routed India by 10 wickets.

“Mohammed Shami has been a stellar performer for India for eight years, playing a significant role in many a victory. He can’t be defined by one performance. My best wishes are always with him. I urge fans & followers of the game to support Shami and the Indian team,” added Indian cricket icon VVS Laxman.

Virender Sehwag also waded in: “The online attack on Mohammad Shami is shocking and we stand by him. He is a champion and Anyone who wears the India cap has India in their hearts far more than any online mob. With you Shami.”

There have been some suggestions that part of the maelstrom may be linked to the Indian team’s decision to kneel on behalf of the ‘Black Lives Matter’ movement – but this is something which Omar Abdullah, formerly the chief minister in the Muslim-majority region of Kashmir also addressed.

“Team India your BLM knee-taking counts for nothing if you can’t stand up for your teammate who is being horribly abused and trolled on social media,” he said.

Both India and Pakistan have a troubled history, with several fracas developing between the Hindu-majority India and Muslim-majority Pakistan, with three wars taking place since their independence in 1947 – with cricket matches between the two nations often inflaming tensions.

Celebratory gunfire was noted in Pakistani cities of Islamabad and Karachi following the victory against India, while there were also reports of violence in Punjab and in Bangladesh, where local media reported that two Pakistan cricket fans were violently attacked by Indian supporters.