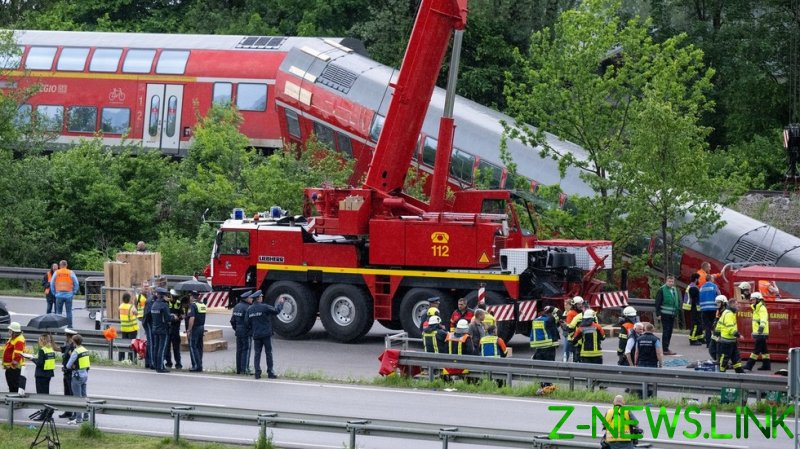 A regional passenger train heading to the city of Munich from the Bavarian ski resort of Garmisch-Partenkirchen ran off the rails around midday on Friday. At least four people were killed in the accident and around 30 sustained injuries, the local police said.

Three carriages at the rear of the train jumped the track and overturned, the local media reported, citing the police. Videos published by the media show one of the carriages lying on its roof and another one lying on a mountain slope near the rails.

“People have had to be pulled through windows,” a federal police spokesman told journalists. Police officers as well as emergency medical services, several rescue helicopters – from the neighboring Austria and even the German military – have been deployed to the scene to mitigate the consequences of the train crash, German media outlets have reported.

A total of 60 passengers have been affected by the incident. Around 30 people have been injured and 14 of them are in serious condition, the local authorities said. Three people died at the scene and one person succumbed to their injuries on the way to the hospital.

The incident took place at the very beginning of the summer holidays in Germany and the authorities fear there were many pupils and students that were returning home for the summer on the train. It is unclear how many students are among those injured and if any of them were killed in the incident. A federal police spokesman has only confirmed that “people of all ages,” including children, have sustained injuries from the crash. 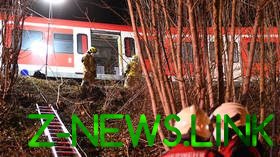 The route from Garmisch-Partenkirchen to Munich remains blocked. According to the local authorities, it might take several days to remove the derailed carriages. The police also believe the number of victims could still rise if more people are found in the rubble. Yet another police official said that “everyone has been rescued from the train.” According to the officials, the rescue workers plan to inspect the overturned carriages again.

The cause behind the incident remains unclear. The double-deck regional train was moving along a single-track rail curve. Federal Transport Minister Volker Wissing said that his ministry was “in close contact with the railway [operator]” and was offering them its support. He also added that the ministry’s “experts were already on site to investigate the cause of the accident together with the investigative authorities.”