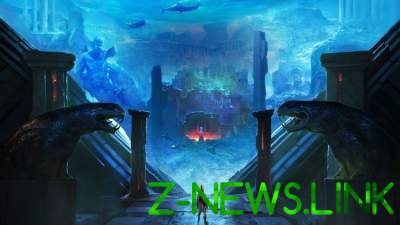 Players will know their true power and mystery of the First Civilization.

Additions to Assassin’s Creed Odyssey release individual episodes, each big DLC is divided into three parts. Earlier this year, Ubisoft made the story of “the Heritage of the first blade,” and 23 April will be released the first Chapter of “Fate of Atlantis”.

As the developers say, the players have to know their true power and mystery of the First Civilization. They’ll travel to three worlds of Greek mythology: Elysium, the realm of the dead and Atlantis. And fight they will have with different gods, including Persephone, Hades and Poseidon.

To access the Supplement, it is desirable to get a line of quests “Between two worlds”, in Assassin’s Creed Odyssey, and afterwards to complete a small assignment, “Heritage of memory”. In addition, the DLC will not start, if the character is level 28.

However, there is another option – if you meet these conditions you do not want, you can immediately begin to Supplement, having been given a character of level 52 with partially pumped abilities and set of resources. In this case, players will earn achievements and progress earned will not be transferred to the main game. The addition will cost $25 for a season pass (which includes both the DLC and the remaster of two old Assassin’s Creed) asking $40.