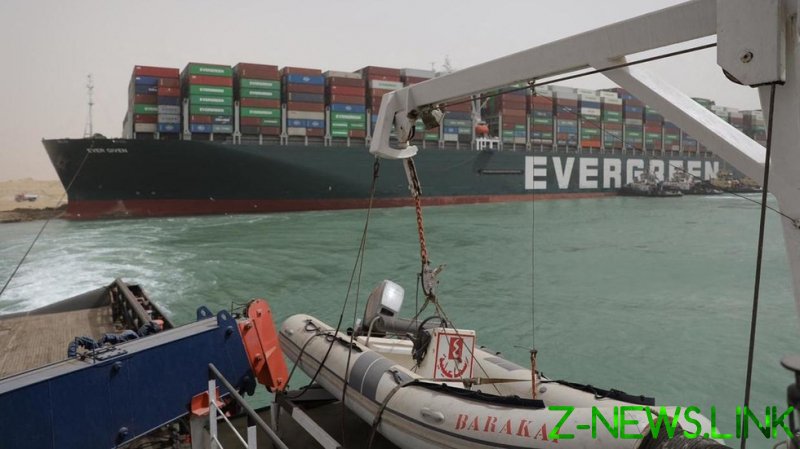 The traffic jam has trapped freighters with goods and oil products worth over $10 billion, according to the latest estimates by Bloomberg. The agency added that the losses the global economy will eventually sustain are currently difficult to access.

The cost of delivering a standard dry-cargo container with a total intake of 67.7 cubic meters is currently standing at $8,000, which is reportedly four times as much as the same shipment cost a year ago.

If the 193-kilometer long waterway remains blocked for several more weeks, all the tankers carrying crude and petroleum products from the Middle East to Europe will have to take alternative routes around the Cape of Good Hope. This forced measure will extend the route by nearly 10,000 kilometers, increasing the costs of those shipments by at least $300,000.

All in all, there are about 185 vessels waiting to transit the Suez Canal, Bloomberg’s data shows. According to separate estimates, published by Lloyd’s List, the traffic jam provoked the halt of $9.6 billion-worth of daily marine traffic. The journal suggests that westbound traffic is worth around $5.1 billion per day, while the value of eastbound traffic is hovering around $4.5 billion.